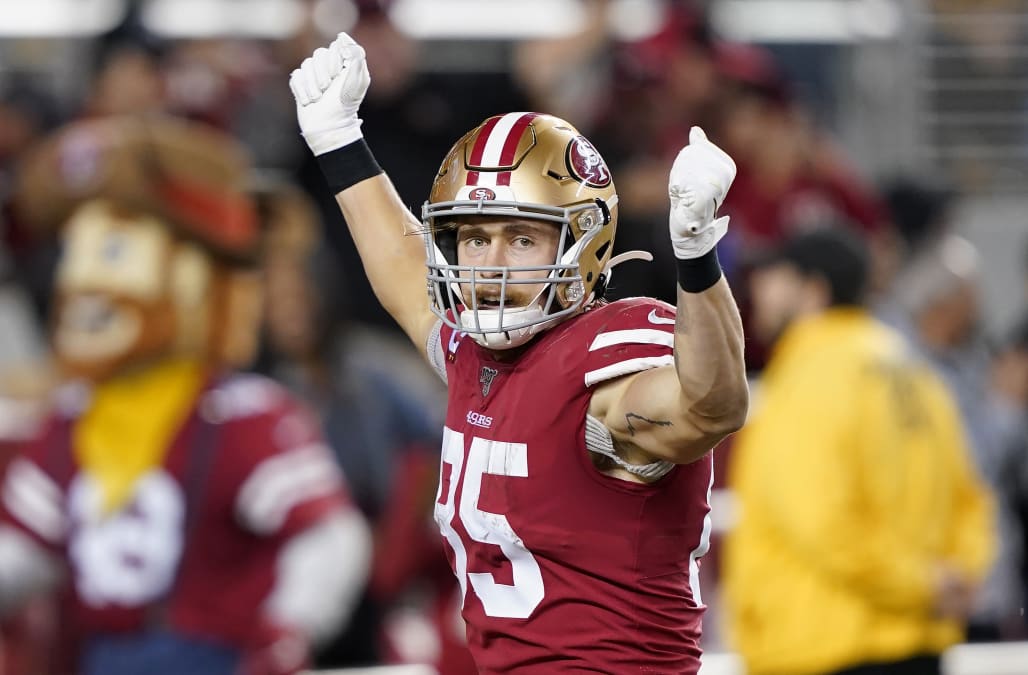 Atlanta Falcons free safety Ricardo Allen found that out the hard way as the two duked it out on what would become a 49ers touchdown during the second quarter of the matchup between the two teams on Sunday. Kittle, a 6-foot-4, 250-pound tight end was tasked with blocking the 5-foot-9, 185-pound Allen on a two-yard rush by 49ers running back Raheem Mostert.

The two then tumbled over each other in the end zone, leaving Kittle on his back facing a camera — which captured the clip now seen over 2 million times since Sunday evening.

George Kittle was laughing as he pancaked a Falcons defender pic.twitter.com/spiHRh72kn

After Allen untangles himself from the tight end, Kittle appears to be clutching his chest and laughing hysterically, with some fans comparing the maniacal cackling to that of the Joker.

Former NFL offensive lineman Geoff Schwartz reposted the video, saying that pulling off a block as "dominating" as Kittle's is "the best feeling in the world."

This block by George Kittle is top 5 most dominating blocks I’ve seen and to make it even better ... he’s laughing the entire time cuz it’s the best feeling in the world. 😂😂pic.twitter.com/ra1POlcUup

Unfortunately for Kittle and the 49ers, the game didn't continue to trend in their favor. The Falcons trailed San Francisco heading into the fourth quarter but rallied in the final seconds of the game to upset the 49ers, 29-22.

More from Aol.com:
Bengals' Joe Mixon was 'too scared to ask' Tom Brady for a jersey
Patriots suspend Spygate 2.0 videographer
Bills fans met their playoff-bound team at airport at 2 a.m.