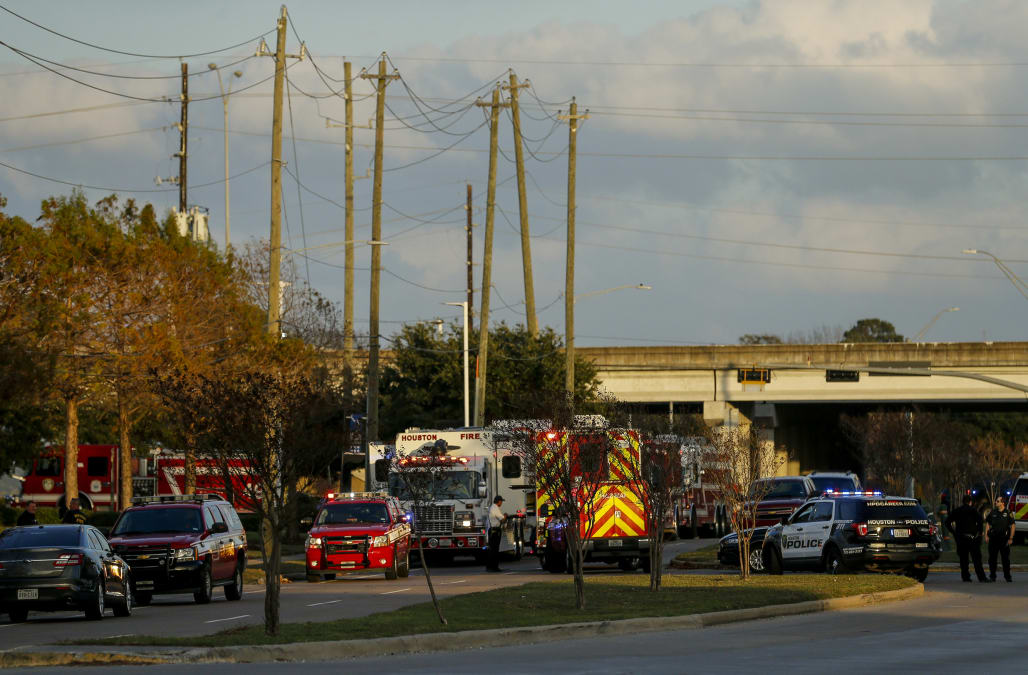 HOUSTON — A 19-year-old man has been arrested after mercury was found spilled in Houston, leading dozens of people to be decontaminated as a precaution, FBI said Monday.

The agency's Houston office said on Twitter that Christopher Lee Melder has been charged with burglary and unlawful disposal of hazardous material. He is also charged on an outstanding felony drug possession warrant.

City officials said, according to the FBI, he he took the mercury from a lab he broke into. The lab's location hasn't been released.

Someone called 911 around 11:15 a.m. Sunday to report a white liquid on the ground, Houston Fire Chief Sam Pena has said. Officials later determined that less than a pint of mercury was spilled outside a Walmart, a Sonic Drive-In and gas station. Officials said about 60 people were found to have trace amounts of mercury contamination near their feet and shoes and were decontaminated at the scene as a precaution.

Houston's Office of Emergency Management spokesman Cory Stottlemyer said that in order to be decontaminated, people had to remove their clothes and shoes and take a shower on site. They were then given clothing to leave in.

The fire chief added that one woman was taken to a hospital as a precaution because she was pregnant.

Police said it was unclear when the toxic metal was spilled.

Authorities also said they're looking into reports that someone checked into a hospital Friday in Harris County, where Houston is located, claiming to have been exposed to mercury.

According to the Centers for Disease Control and Prevention, mercury exists in three forms. Elemental mercury is liquid at room temperature. It is used in some thermometers, fluorescent light bulbs and electrical switches. High mercury vapor concentrations can cause severe lung damage, the CDC said.

Dr. David Persse with the Houston Health Department said that because all three spills happened outdoors, the risk to people in the area was “extremely low."