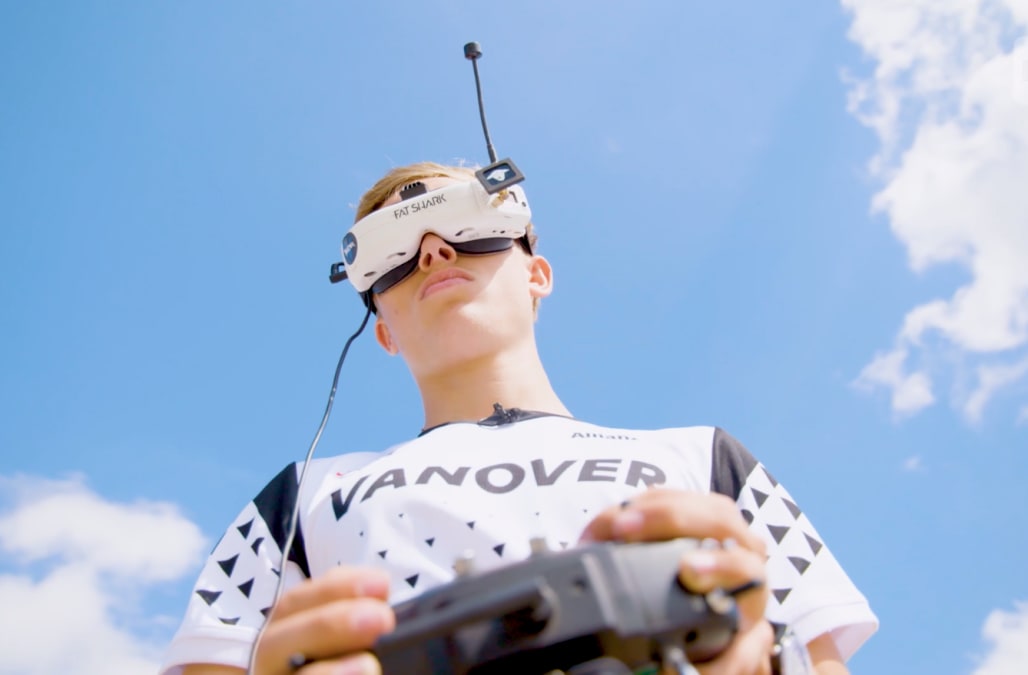 In 2006, the Federal Aviation Administration relaxed restrictions on the use of commercial drones for recreation, effectively contributing to their widespread popularity. In recent years, people have used drones to capture scenic shots and, yes, even to race.

"DRL fits in kind of weird place in the culture of sports today," Horbaczewski told In The Know. "Ultimately, our sport involves robots — in our case, drones — out on the field of play being remotely controlled by humans, and we think that's a new genre of sport."

Based in New York City, the league is also responsible for building the drones, which can travel over 90 miles per hour.

"We're the very first people who get to develop these solutions, and everything that we work on and develop is to better articulate our sport and allow it to be seen by millions," said DRL's chief technology officer Ryan Geary.

When building a drone, DRL's engineers often have to consider factors such as durability and field repairability, in addition to speed and performance.

One of the league's most impressive creations is the Racer4, a drone that is powered by four propellers and has a dedicated motor control with more than 100 LEDs on each arm. The drone can go from zero to 80 miles per hour in under a second and can change positions quickly. It also has a frontal camera that broadcasts video feedback to the pilot's goggles so that he or she can fly the drone through a course in realtime.

Designing the courses is just as challenging, Horbaczewski said.

"There are about a million things that I'd never thought of before," he said. "Things like, how do you communicate a three-dimensional course to an audience?"

According to DRL's website, two groups of six players fly drones through makeshift obstacles for a total of 12 heats that are divided into two rounds. The experience of competing in a race is addictive, said racer Chris Spangler, who goes by "Phluxy."