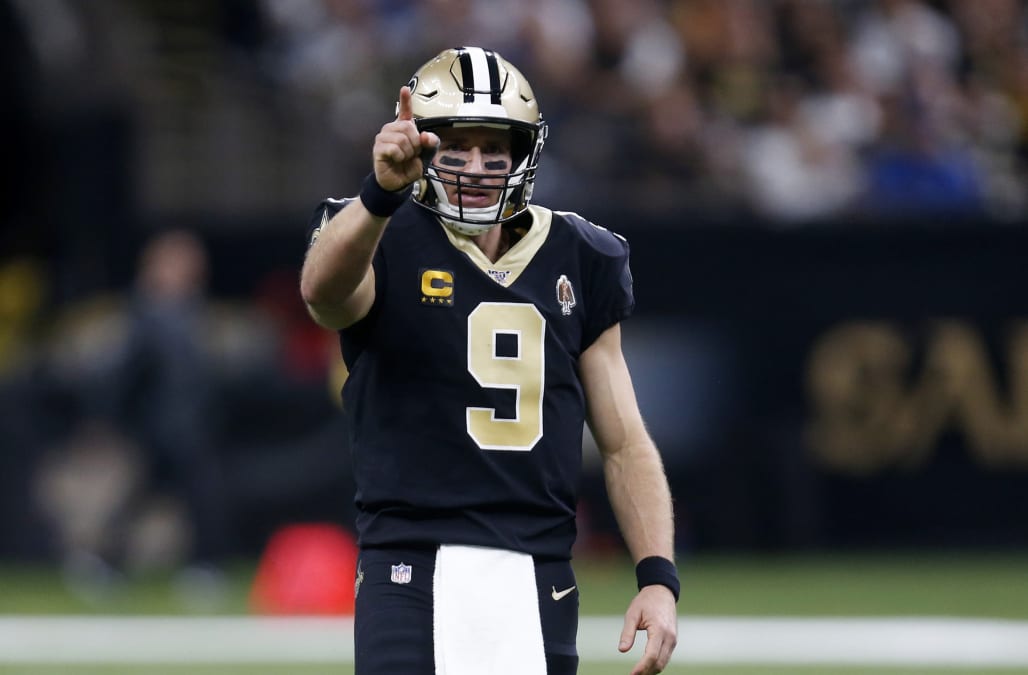 The record-breaking 540th pass came with 7:08 left in the third quarter. Brees hit tight end Josh Hill all alone in the end zone. Brees got the ball, took off his helmet, pointed to the crowd and blew kisses. It was fitting it happened at the Mercedes-Benz Superdome. No quarterback has ever thrown more touchdowns at one venue than Brees has at the Superdome.

Brees tied Brady for second place on the all-time list on a touchdown pass to Michael Thomas early in the second quarter. When Brees set the career record for all-time passing yards in 2018, passing Manning, Smith caught the record-setting pass on a long touchdown. Smith’s 21-yard score over the middle against the Indianapolis Colts on Monday made some more history.

Smith almost had the record-breaker too, but his second touchdown was wiped off the board due to an offensive pass interference call in the final seconds of the first half. Brees and the Saints started to celebrate, but the play came back and Saints fans yelled at the officials. The celebration would have to wait. But not much longer.

This is just the latest major passing record Brees holds. In October 2018, he passed Manning for the all-time yardage record, also in a “Monday Night Football” game. Brees likes big moments on the prime-time stage. He also set an NFL single-season passing yardage record in 2011 on “MNF” and a record for most consecutive games with a touchdown pass on “Sunday Night Football” in 2012. Brees is also tops in NFL history for completions (6,792 before Monday night) and career completion percentage (67.5 before Monday night).

Brett Favre retired for the final time in 2010 with 508 touchdowns; he was the first quarterback ever with more than 500 TDs. Dan Marino had 420 and Favre blew past his record. Manning passed them both, retiring with 539 in 2015.

Brees’ start against the Colts is the 273rd regular-season game and 272nd start of Brees’ career, which began with the San Diego Chargers in 2001. He now has thrown two or more touchdowns in a game on 163 occasions, with 69 different players on the receiving end of those scores. Marques Colston has the most, with 72, and 16 players caught only one.

More from Yahoo Sports:
NFL suspends Josh Gordon indefinitely for substance abuse violation
Suspended videographer in Spygate 2.0 says he had 'no intention' to give footage to Patriots
Bills fans met their playoff-bound team at airport. At 2 a.m. In below-freezing temps