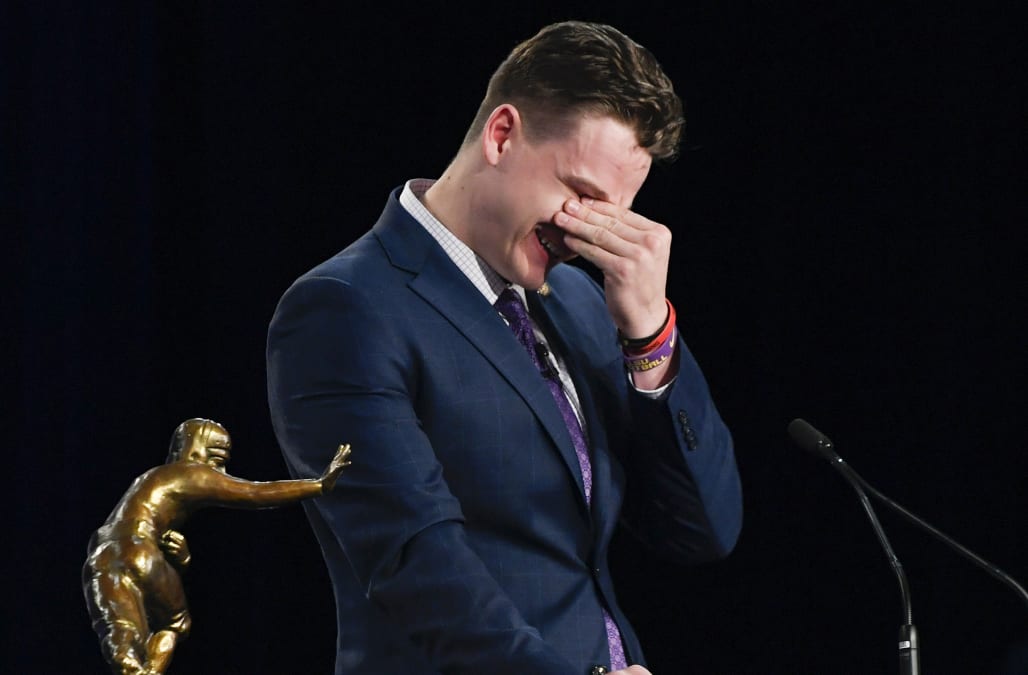 LSU quarterback Joe Burrow won the Heisman Trophy Saturday night in a landslide vote, garnering an astounding 841 first-place votes. And as spectacular as Burrow has been on the field for the top-ranked Tigers, his acceptance speech was equally as impressive.

One of the most notable parts of Burrow’s speech came when he called attention to the poverty and hunger issues in his native southeast Ohio.

“Coming from southeast Ohio it’s a very impoverished area and the poverty rate is almost two times the national average,” Burrow said. “There’s so many people there that don’t have a lot and I’m up here for all those kids in Athens and Athens County that go home to not a lot of food on the table, hungry after school. You guys can be up here, too.”

In the two days that followed Burrow’s Heisman victory, donations have poured in for the Athens County Food Pantry after a fundraiser was started on Facebook on Sunday. As of Monday afternoon, donations have topped $150,000. It is one of several fundraisers that have popped up since Burrow’s speech.

“We are truly overwhelmed by the tremendous outpouring of support we have received to support our mission,” the Athens County Food Pantry said in a Facebook post. “Many, many thanks to Joe Burrow for shining a light on food insecurity in our area and a very heartfelt thank you to everyone that has donated!”

The Burrow family moved to Athens when Joe’s father, Jimmy Burrow, became the defensive coordinator at Ohio University under Frank Solich in 2005. Burrow played at Athens High School and signed with Ohio State. He was a backup at Ohio State for three seasons and later transferred to LSU.

Burrow put up respectable numbers in 2018, throwing for 2,894 yards, 16 touchdowns and five interceptions, before emerging as the top player in the nation in 2019. Burrow has led LSU to a 13-0 record and an SEC championship entering the College Football Playoff. Burrow has thrown for 4,715 yards, 48 touchdowns and six interceptions while completing 77.9 percent of his passes.

LSU will face Oklahoma in the Peach Bowl in Atlanta on Dec. 28.