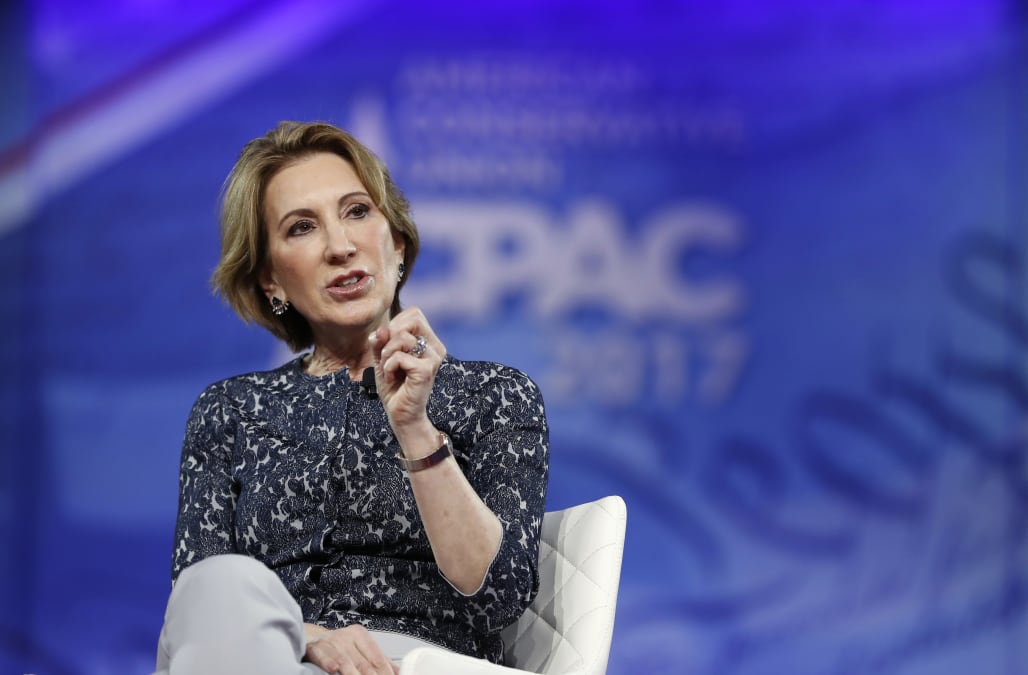 Former Republican presidential candidate Carly Fiorina said she thinks it is “vital” that President Trump be impeached but does not rule out voting for him in 2020.

“I think it is vital that he be impeached,” Fiorina said Monday in an interview with CNN’s Poppy Harlow. Yet Fiorina was unsure about whether, this close to the 2020 presidential election, he should be removed from office. “I don’t know, but I think the conduct is impeachable.”

Fiorina’s comments came two days before the full House of Representatives is set to vote on two articles of impeachment: abuse of power and obstruction of Congress. The vote will likely be along party lines, with no Republicans expected to vote for impeachment and perhaps two or three Democrats possibly voting against referring the charges to the Senate.

The former CEO of Hewlett-Packard, Fiorina theorized that certain voters will stand by Trump despite his impeachable conduct because of the issues he and the Republican Party support.

“There is a large pro-life community in this country, and they feel disrespected by the Democrat Party,” Fiorina said, “and my prediction is they will stand by Trump through everything, because that issue is not only important to them, but it’s personal to them.”

Amid the impeachment process, Trump on Sunday boasted of what he saw as his steadfast support from his political base.

“Approval Rating in Republican Party = 95%, a Record!” he said on Twitter. “Overall Approval Rating = 51%. Think of where I’d be without the never ending, 24 hour a day, phony Witch Hunt, that started 3 years ago!”

Fiorina unsuccessfully ran for president in 2016 and the U.S. Senate in 2010. During the 2016 election, as Trump’s candidacy steamrolled the Republican field, Sen. Ted Cruz named her as his running mate in an effort to halt Trump’s momentum. Fiorina established herself as a Trump critic, and on Monday she called out the GOP for “pledging fealty to Donald Trump no matter what.”

“In this country we pledge allegiance to a flag, and we pledge an oath of loyalty to the Constitution, not to a party and not to a president,” she said.

“I think that’s all about politics, the politics of winning,” Fiorina added. “The party is focused on winning, just as Democrats are too, by the way. And so, I think Republicans are behaving the way they do because they think it’s going to help them win.”

Fiorina, when asked if Trump will get her vote in 2020, said, “It depends who the Democrats put up, and I won’t go any further than that.”

Beyond the GOP, vulnerable Democrats who represent districts where Trump won in 2016 have been under immense pressure to fall in line with their party to impeach the president. A moderate Democrat from New Jersey, Rep. Jeff Van Drew, who opposed the impeachment inquiry and is expected to vote against both articles, plans to switch to the Republican Party after the House vote, according to numerous reports.

Trump responded to the news of Van Drew’s planned party switch, saying, “Wow, that would be big. Always heard Jeff is very smart!”

When asked what the Republican Party stands for today, Fiorina responded, “Loyalty to Trump is what I think it stands for. Sadly.”