Bills fans met their playoff-bound team at airport. At 2 a.m. In below-freezing temps 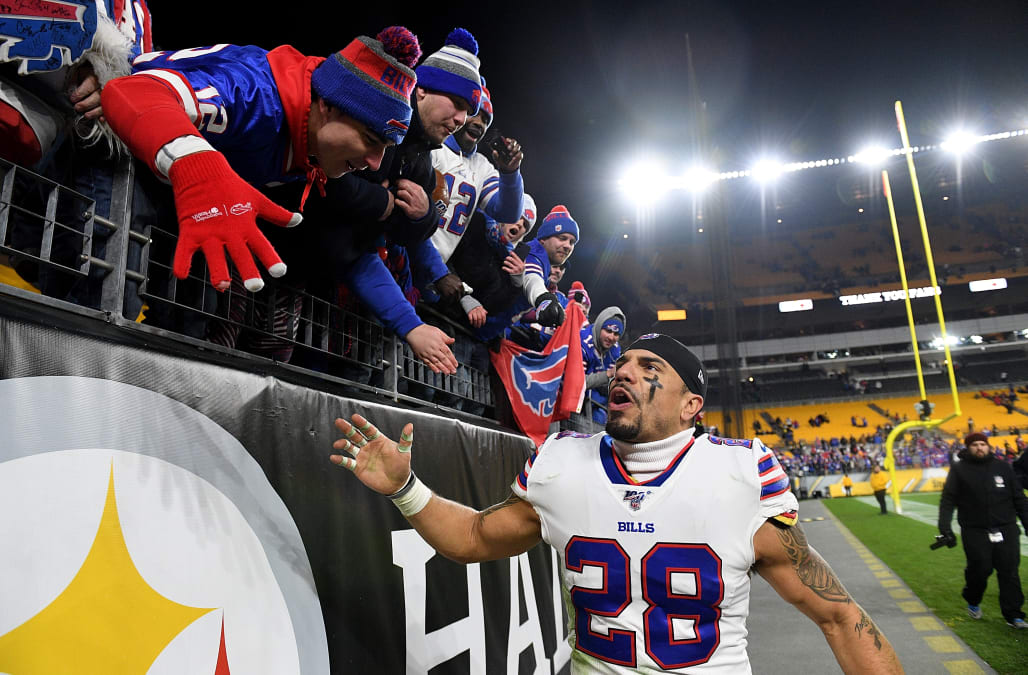 On Sunday night, the Buffalo Bills beat the Pittsburgh Steelers in Pittsburgh. It wasn’t just a hard-fought road win in a loud stadium against one of the AFC’s most consistent teams of the decade, it also clinched a playoff berth for the Bills, their second in the last three years (in the interest of celebration, we won’t mention the long drought that preceded that).

When Bills players and staff landed back in Buffalo at 2 a.m. Monday morning, it was 25 degrees.

And still, they were greeted by hundreds of screaming fans pressed against the fence near the tarmac.

Quarterback Josh Allen pulled his headphones down and started nodding his head, stopping to take a group selfie with a phone that was handed to him through the fence.

Sure, any Buffalonian knows how to dress in mid-December, when the cold from Lake Erie means freezing temperatures and frequent snow, but dragging yourself out of the house to meet an airplane at 2 a.m. takes dedication.

There were hundreds more #BillsMafia members lining the road from the airport, some carrying posters, nearly all of them wearing red and blue.

The Bills’ win over the Steelers was their 10th of the season — the last time the team posted 10 or more wins was 1999.