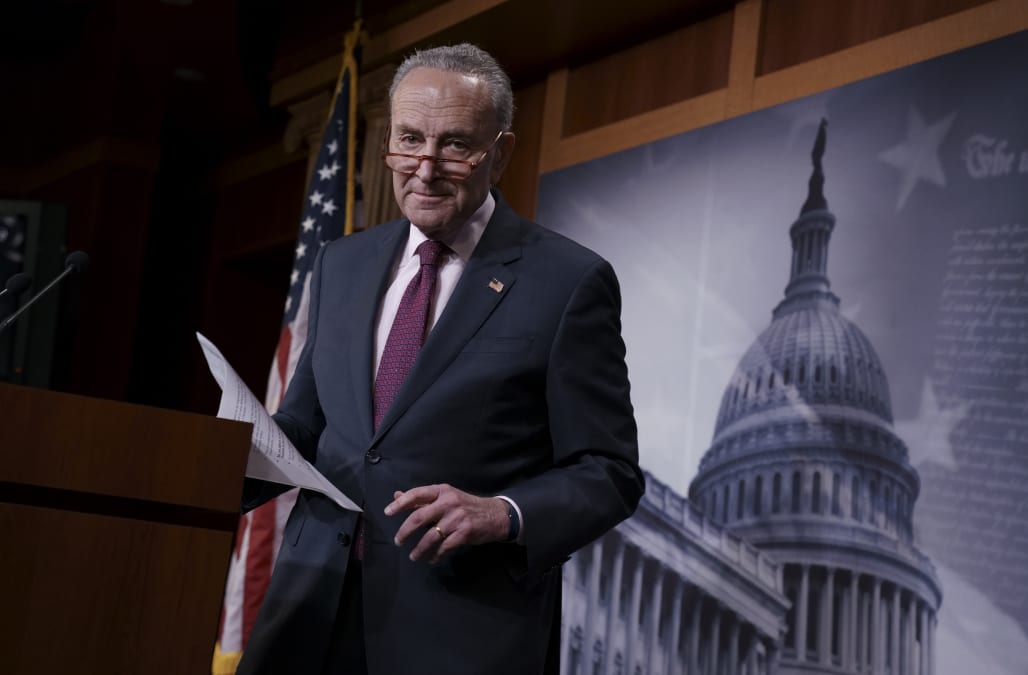 WASHINGTON (Reuters) - The senior U.S. Senate Democrat called on Sunday for the Republican-led chamber to demand testimony from four current and former White House aides in a trial expected early next year on whether to remove President Donald Trump from office.

The appeal by Schumer in a letter to Republican Senate Majority Leader Mitch McConnell highlighted a Democratic effort to shape the Senate's likely trial of Trump even though Democrats do not control the chamber.

Trump is expected to become the third U.S. president to be impeached when the Democratic-led House of Representatives votes, likely this week, on charges that he abused his power by asking Ukraine to investigate Joe Biden, a leading Democratic contender to oppose him in the 2020 U.S. presidential election, and obstructed Congress' investigation into the matter.

That would set up a trial in the Senate, which is unlikely to vote to remove the Republican president from office.

Trump has denied wrongdoing and called impeachment "a hoax."

In his letter calling for subpoenas of the three current and one former White House aide, Schumer noted that the House had asked all four to testify in its impeachment inquiry but that they did not appear.

Democrats accused the president of endangering the U.S. Constitution, jeopardizing national security and undermining the integrity of the 2020 election by asking Ukrainian President Volodymyr Zelenskiy in a July phone call to investigate Biden, a former U.S. vice president, as well as his son Hunter Biden.

In his letter, Schumer also asked for the Senate to subpoena a "limited set of documents" that he believes would shed light on Trump's decision to delay the release of $391 million in U.S. aid to Ukraine and the president's desire for Ukraine to announce investigations into Biden and his son, Hunter Biden.

"The trial must be one that not only hears all of the evidence and adjudicates the case fairly; it must also pass the fairness test with the American people," Schumer wrote in his letter to McConnell.

Trump has made the Democratic-led impeachment inquiry a rallying cry for his supporters as he attempts to win re-election next November.

A McConnell spokesman did not address the substance of Schumer's requests, but said the Senate majority leader "has made it clear he plans to meet with Leader Schumer to discuss the contours of a trial soon. That timeline has not changed."

McConnell said last week he was coordinating his approach with the White House counsel, and has raised the prospect of a short Senate impeachment trial in which no witnesses would be called.

More from Aol.com:
Comey: 'Real sloppiness' in Russia probe but no misconduct
New Fox News poll on impeachment contradicts the view of its most loyal viewer
The New York Times editorial board calls for Trump's impeachment