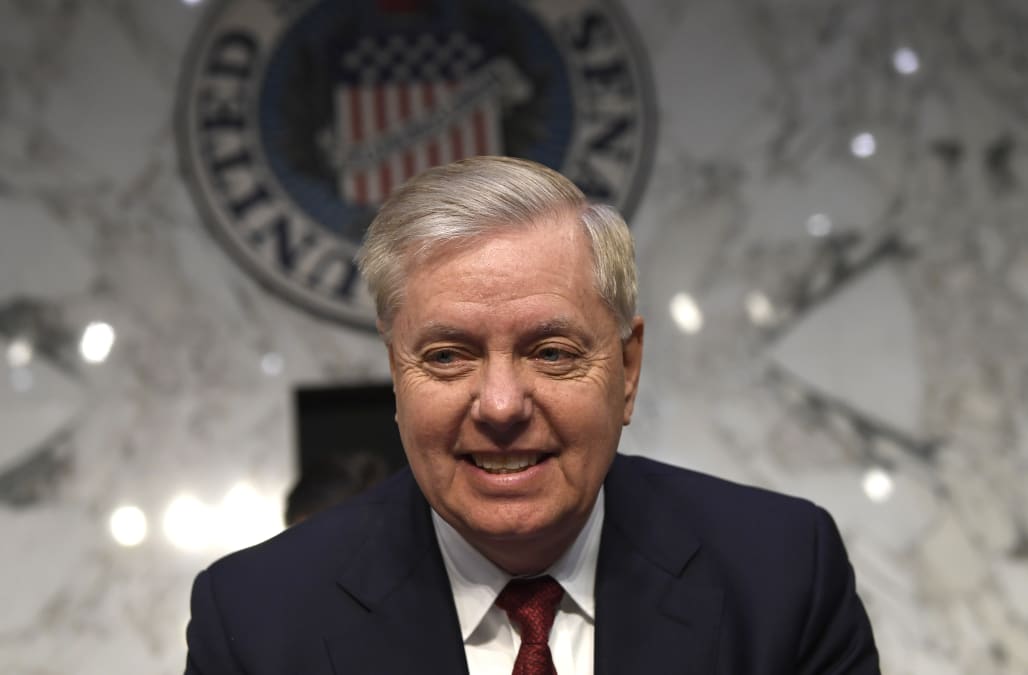 Republican Senator Lindsey Graham on Saturday signaled he'll do everything he can to ensure a Senate impeachment trial for President Donald Trump ends quickly, and that he does not intend to approach the process as an impartial juror.

"This thing will come to the Senate, and it will die quickly, and I will do everything I can to make it die quickly," Graham told CNN International's Becky Anderson at the Doha Forum in Qatar.

Graham told Anderson he did not find it problematic he was voicing his opinion on the matter before the House had even held a full vote on impeaching the president. "Well, I must think so because I'm doing it," Graham said.

This came one day after the House Judiciary Committee approved articles of impeachment against Trump, accusing him of abuse of power in his dealings with Ukraine and obstruction of Congress in relation to his efforts to stonewall House investigators in the impeachment inquiry.

After the vote, Graham in a statement said: "A sad, ridiculous sham in the US House of Representatives. This needs to come to a quick end."

The House is set to hold a full vote next week, in which Trump is expected to be impeached. This will move the impeachment process to the Senate for a trial, where all 100 senators will serve as jurors. The trial is expected to begin in early 2020.

'I'm not trying to pretend to be a fair juror here'

Though some GOP senators have cited the importance of behaving as impartial jurors in this process, Graham is seemingly poised to take a different approach.

"I am trying to give a pretty clear signal I have made up my mind. I'm not trying to pretend to be a fair juror here," Graham told Anderson on Saturday, going on to dismiss the impeachment proceedings as "partisan nonsense."

Graham on Saturday also said he believed the impeachment trial would be over by mid-January.

"Personally I think President Trump will come out of this stronger and the good news is that everybody in politics in America needs to prove to the American public we're not all completely crazy. So there may be a spirit of compromise coming post-impeachment, born of political necessity, if anything else," Graham said.

The South Carolina senator's comments echo recent remarks from Senate Majority Leader Mitch McConnell, who on Thursday night told Fox News host Sean Hannity that there was "zero chance" Trump would be removed from office at the cessation of a Senate trial. McConnell also said he'd be working in "total coordination" with the White House and Trump's legal team.

At least one House Democrat, Rep. Val Demings of Florida, has since called on the Republican leader to recuse himself from the Senate impeachment trial in the wake of these remarks. McConnell was also excoriated online by Democratic senators, with Sen. Chris Murphy of Connecticut tweeting that the GOP leader has "proudly" announced he's "planning to rig the impeachment trial for Trump."

Meanwhile, Senate Minority Leader Chuck Schumer in a statement put out on Friday said: "If articles of impeachment are sent to the Senate, every single senator will take an oath to render 'impartial justice.' Making sure the Senate conducts a fair and honest trial that allows all the facts to come out is paramount."

Graham was among Trump's harshest critics in 2016

Graham was a staunch critic of Trump during the 2016 campaign season, at one point referring to him as a "race-baiting, xenophobic, religious bigot." But Graham is now one of the president's fiercest defenders in Congress.

Amid the escalating impeachment proceedings, Graham has faced criticism from some in the media over differences and contradictions in his stance on the impeachment of former President Bill Clinton versus Trump.

Graham, who was still a member of the House of Representatives in 1998, supported impeaching Clinton and at one point urged his colleagues against allowing partisanship to dictate how they would vote in the process. A clip of these remarks was shared across Twitter on Friday and Saturday.

"I have a duty far greater than just getting to the next election," Graham said at the time. "Members of the Senate have said, 'I understand everything there is about this case, and I won't vote to impeach the president.' Please allow the facts to do the talking…Don't decide the case before the case's end."

SEE ALSO: 4 women have emerged as the standout witnesses in impeachment inquiry into Trump