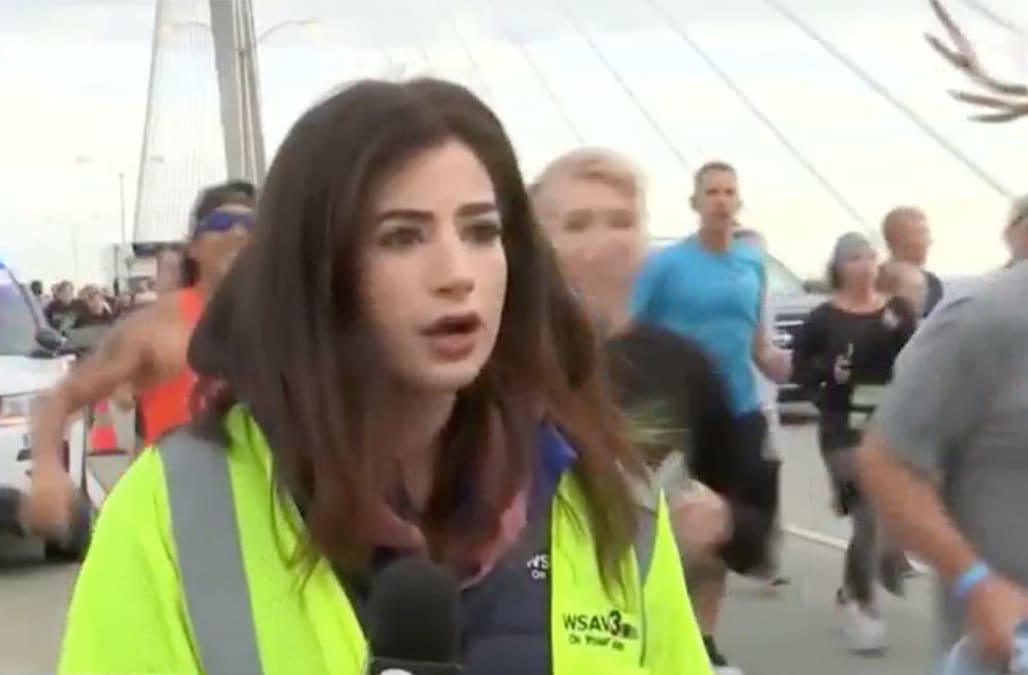 A runner accused of slapping and grabbing the backside of a female reporter during a race in Georgia last weekend was arrested Friday on a misdemeanor charge of sexual battery.

Online jail records say that Thomas Callaway, 43, was arrested at 5 p.m. Friday. He was released on $1,300 bail, according to NBC's Savannah affiliate station WSAV.

Callaway turned himself in to the Chatham County Sheriff’s Office, the station reported.

Savannah police spokeswoman Bianca Johnson also confirmed to The Associated Press that Callaway, of Statesboro, was charged in connection with the Dec. 7 incident. His attorney declined to comment to the news agency.

The incident, which went viral on social media, happened while WSAV reporter Alex Bozarjian was in the middle of a livebroadcast as runners taking part in the Enmarket Savannah Bridge Run streamed past. The charge comes days after Bozarjian filed a sexual battery report with the Savannah Police Department, saying that she wanted them to pursue charges against the man who groped and slapped her.

She told police that he slapped and grabbed her buttocks in one motion as he ran past on the Talmadge Bridge, according to the complaint.

Bozarjian tweeted her outrage about the incident later that day, writing “No woman should EVER have to put up with this at work or anywhere!!”

Callaway has been banned from all future races by the Savannah Sports Council, which sponsored the run.

Callaway has told WSAV that he is sorry.

He claimed to WSAV that as he approached he saw people passing the reporter waving hands and planned on doing the same, and that he knew he had touched her but did not know where as he ran past. He also said he had wanted to tap her on the shoulder or the back.

The video appears to show no attempt to try and wave.

"I feel awful, I feel embarrassed and ashamed," he said in the interview with the station after the incident. He apologized to Bozarjian and said "this was not right."

Bozarjian's attorney, Gloria Allred, told WSAV in an email Friday that "Alex is looking forward to justice in this case."

The station has condemned the conduct as "reprehensible and completely unacceptable” and that “No one should ever be disrespected in this manner." The station said Bozarjian has its full support.

Sexual battery is a misdemeanor in Georgia, punishable by up to a year in jail.