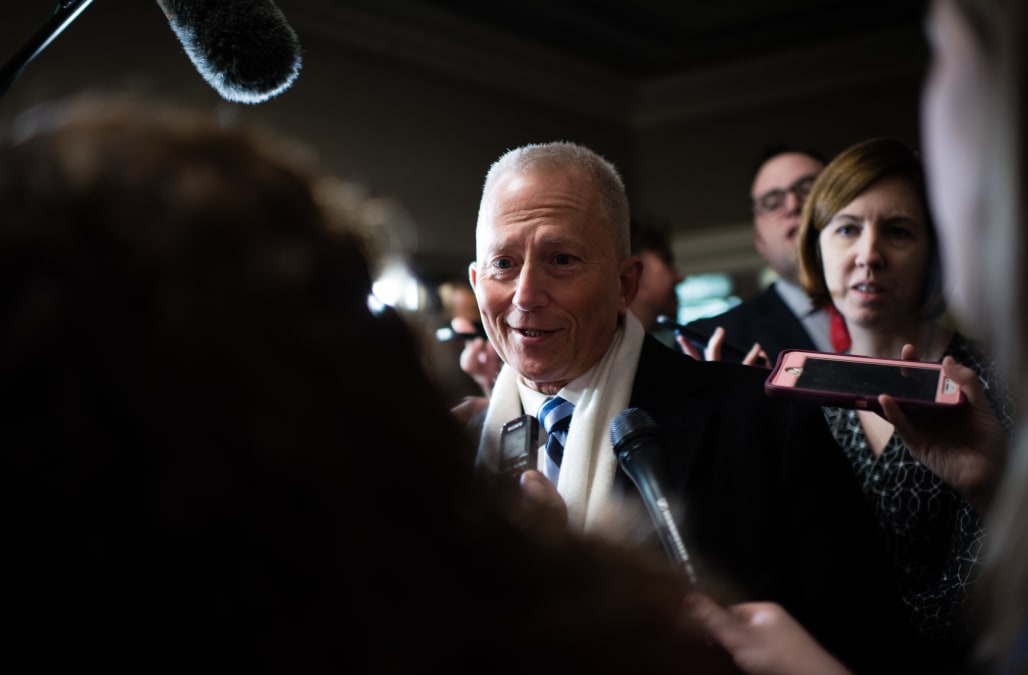 A Democratic congressman from a swing district in southern New Jersey — who has been outspoken in his opposition to President Donald Trump's impeachment — is likely to leave the party, sources told NBC News on Saturday.

Two Democratic leadership sources said they expect Rep. Jeff Van Drew to change his registration to Republican in the wake of his stance against the House Democratic-led efforts to impeach Trump.

Van Drew did not immediately return a request for comment from NBC News.

An internal poll conducted earlier this month for Van Drew showed he would be unlikely to win re-election to his seat in the 2nd Congressional District, which encompasses the southern tip of Jersey and includes Atlantic City.

Only 28 percent of Democratic respondents said Van Drew "deserves to be re-nominated," while 58 percent said that "another Democrat" should represent the party in the district's 2020 election, according to the poll obtained by NBC News.

Van Drew was among a handful of Democrats to vote against going forward with the impeachment inquiry back in October.

Since then, testimony presented at House hearings over the last few weeks that Trump asked Ukrainian Volodymyr Zelenskiy to investigate the former vice president and his son Hunter as the administration placed a hold on military funding to the country, failed to change Van Drew's mind.

"My district is red — a good chunk of it — and they're definitely anti-impeachment. And then I have the part that is purple, and they are more pro-impeachment. So whatever you do, you're going to aggravate people," he told NBC News.

In the last week, some the state's leading Democrats, including Gov. Phil Murphy, have opted not to endorse Van Drew's re-election bid.