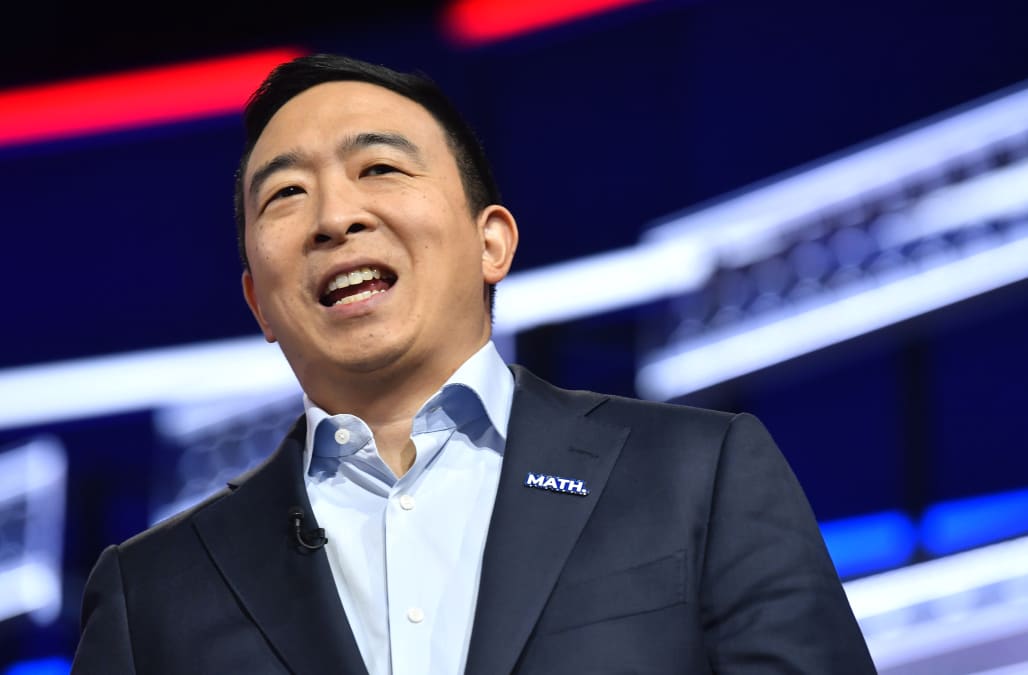 During a sit-down interview with Yahoo News, Yang said that he and his team conducted an internal investigation on the staffer allegedly involved in the misconduct and found no evidence of anything sexual in nature.” The staffer was dismissed instead for “management problems,” according to Yang.

“We take any allegation of misconduct very, very seriously,” said Yang. “We investigated as soon as we had any indication that something was amiss. And the person that was accused, we found that they had not done anything sexual in nature, but we decided to dismiss the worker anyway because there had been other, centrally, management problems.”

Earlier this week, actress Alyssa Milano tweeted that she would be withdrawing from hosting an upcoming Los Angeles based fundraiser for Yang, which she was set to run alongside Yang’s wife, Evelyn, and fellow actress Teri Hatcher, due to “repeated allegations of sexual misconduct against a campaign staffer by a campaign staffer.”

“I have made the difficult decision to withdraw my participation from a fundraiser for the @andrewyang campaign,” Milano tweeted.

In a following tweet, Milano said Yang was a “good man with progressive, smart, interesting ideas. And to be clear, NO allegations have been made against him personally. But this issue is too important and too prevalent. The buck stops at the top.”

But Yang maintains that Milano’s assertion is incorrect.

“Alyssa’s facts are wrong in terms of us somehow not responding quickly,” Yang said, noting that the staffer was dismissed.

Yang said that he and Milano have exchanged text messages since, though the actress is still not co-hosting the post-debate fundraiser.

“Alyssa and I have had a number of contacts over the last number of days and weeks and she just said, ‘Like, hey, I hope you understand my perspective on this.’ And I said, ‘Of course.’”

More from Yahoo News:
Warren, slumping in the polls, attacks Biden and Buttigieg
'You're a damn liar': Biden shows his tough side in Iowa
Gillum sets sights on denying Trump victory in Florida