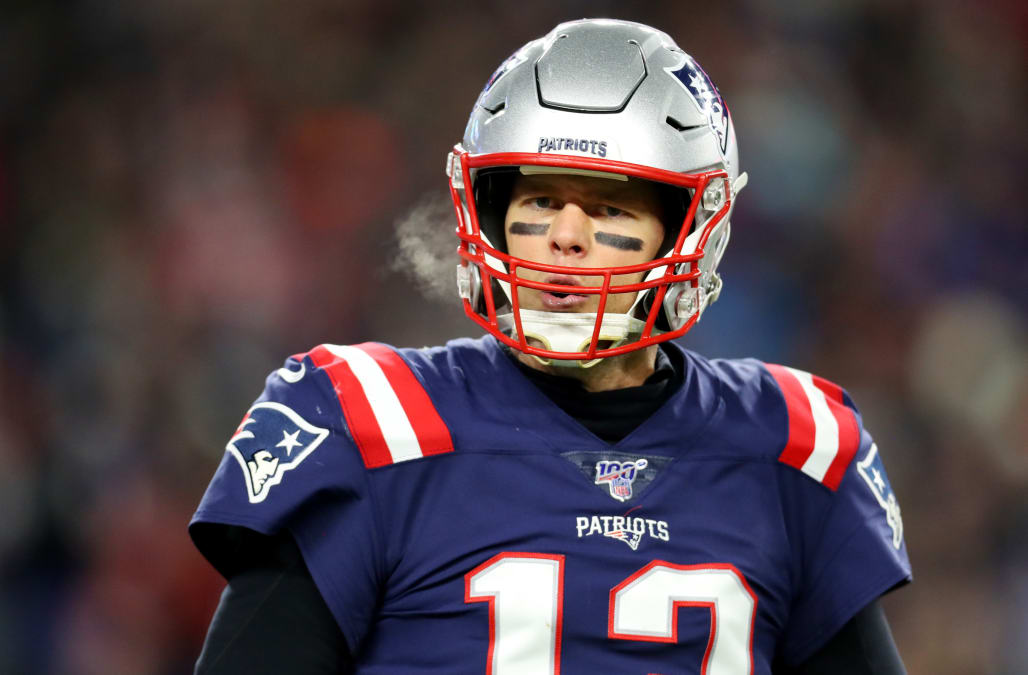 Then Tom Brady chimed in. And he wants some.

The 42-year-old New England Patriots quarterback challenged Jackson to a 40-yard dash. But Jackson has to wear roller blades. On grass.

Me vs Lamar, 40 Yard Dash on natural grass but he has to wear rollerblades. Who’s buying the PPV?

Which is — well, kind of compelling. It still doesn’t sound like a fair race. As long as Jackson could remain upright, here’s guessing he’d overcome his disadvantage to take down the six-time Super Bowl champion.

Then again, there’s this.

Tom Brady showing off his wheels with the HUGE 4th down run. 17-yard pickup. Needless to say, he was fired up. #Patriots#Chiefspic.twitter.com/UCUxnA6Dor

Brady showed the Kansas City Chiefs last week he’s not afraid or incapable of running when the opportunity presents itself.

Jackson said after the game that “I’m gonna see what I can do,” but liked Brady’s chances considering the proposed handicap.

Brady recently surpassed the 1,000-yard rushing mark — but for his career.

He also has a leg up on Jackson on one rushing stat — touchdowns.

Despite being one of least nimble quarterbacks of his generation, Brady is a prolific quarterback sneaker, having compiled the bulk of his 1,035 rushing yards on the one- and two-yard run varieties while tallying 22 career touchdowns on the ground.

With 12 rushing scores through 29 games, it won’t take long for Jackson to overtake Brady in the rushing scoring column.

Here’s guessing that moment won’t get quite the hype Jackson did for passing Vick on Thursday.