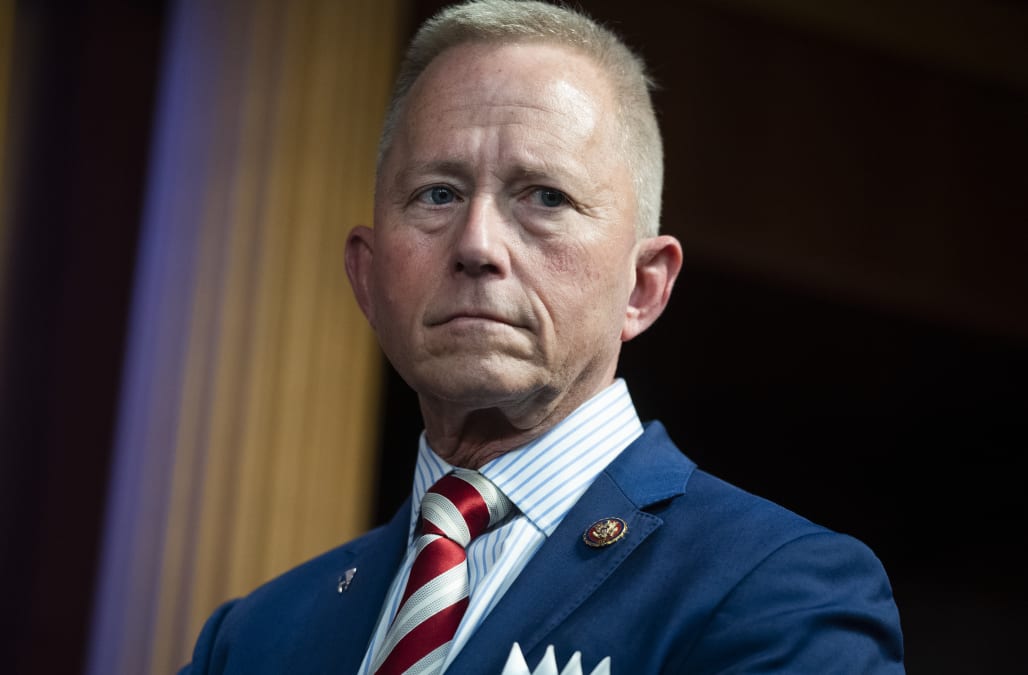 House Democrats hailing from conservative swing districts are all lining up to vote in favor of two articles of impeachment against President Donald Trump next week — except for one congressman from New Jersey.

An NBC News survey of more than 40 vulnerable House Democrats found only Rep. Jeff Van Drew, who represents the southern tip of the state, plans to vote against the articles of impeachment.

"My district is red — a good chunk of it — and they're definitely anti-impeachment. And then I have the part that is purple, and they are more pro-impeachment. So whatever you do," he told NBC News, "you're going to aggravate people."

The outspoken Van Drew — who was profiled recently by NBCNews.com focusing on his opposition to impeachment — was only one of two Democrats to vote against the House resolution in October that formalized the rules and procedure for the impeachment inquiry.

The other was Rep. Collin Peterson of Minnesota, who represents a rural district Trump won by 30 points in 2016. A spokesperson for Peterson told NBC News on Friday that he's undecided on how he'll vote on the articles on the House floor, likely on Wednesday.

While Van Drew is the only definitive no, representatives of seven other Democrats from swing areas said they're still undecided.

More vulnerable Democrats, meanwhile, have come out in favor of impeachment.

Rep. Max Rose, a freshman New York Democrat representing conservative Staten Island, said in a statement Friday that he would vote yes on both articles.

"Party and politics will never come before the country I bled to protect—and would unquestionably do so again," the Army veteran said. "A President coercing a foreign government into targeting American citizens is not just another example of scorched earth politics, it serves as an invitation to the enemies of the United States to come after any citizen, so long as they disagree with the President. Embarking on an unprecedented effort to obstruct this inquiry doesn't make the facts any less true. Therefore I will vote in support of the two Articles of Impeachment."

More from NBC News:
Republicans trash Hunter Biden at impeachment hearing
Why moderates are holding back on impeachment