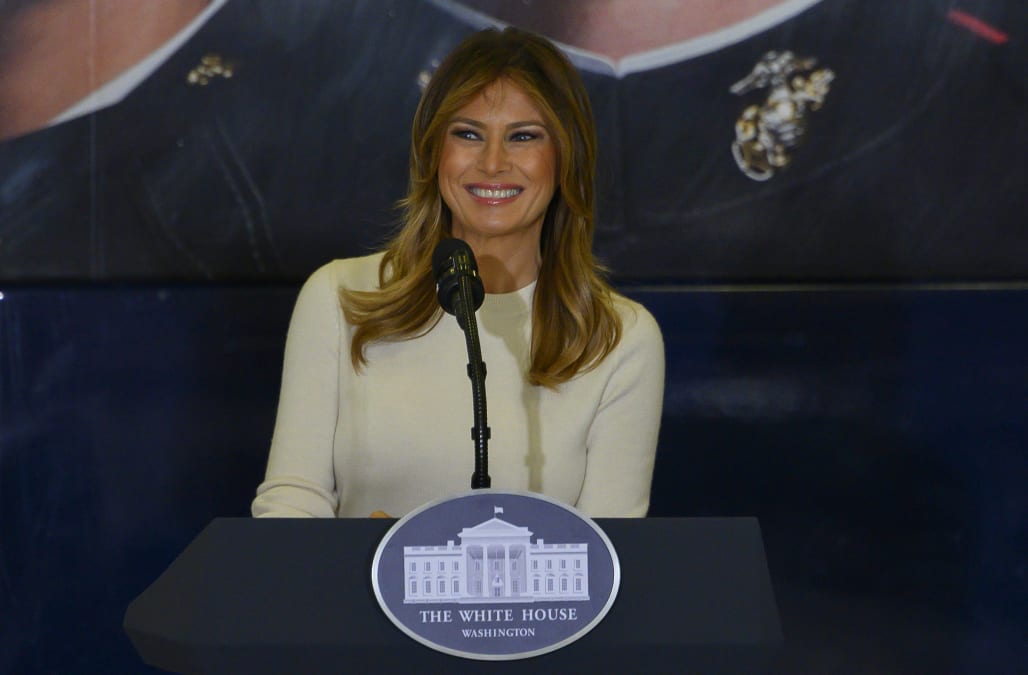 When First Lady Melania Trump launched a campaign against cyberbullying last year, some praised the initiative while others sharply criticized it, citing disparaging tweets written by her husband, President Donald Trump. A year before the initiative began, former model and prominent chief executive Kathy Ireland defended Melania Trump against attacks that focused on the First Lady’s own past modeling career.

In a newly released interview, Ireland stood by Melania Trump again, lauding her anti-bullying effort and declining to comment on whether some of Donald Trump’s tweets constitute cyberbullying.

“She's doing a wonderful job,” Kathy Ireland, former supermodel and CEO of Kathy Ireland Worldwide, said of Melania Trump. “I don't think there is any time that bullying is OK for anybody. There's never a time when that's OK.”

Following up, Yahoo Finance Editor-in-Chief Andy Serwer asked whether some of Trump’s tweets should be considered bullying.

“When I'm in my business capacity, I don't get into politics because our team is wonderfully diverse and made up of people of every belief and thought,” she responds. “So to honor that, I don't.”

“But I will say that bullying of any kind, I strongly disagree with it,” adds Ireland in an interview taped in July.

Melania Trump through the years

Over the course of his decades-long tenure in public life, Trump has disparaged many individuals with whom he disagrees, sometimes using derogatory descriptions or assigning them belittling nicknames.

“So ridiculous. Greta must work on her Anger Management problem, then go to a good old fashioned movie with a friend!” he wrote. “Chill Greta, Chill!”

Ireland made the comments during a conversation that aired in an episode of Yahoo Finance’s “Influencers with Andy Serwer,” a weekly interview series with leaders in business, politics, and entertainment.

A supermodel in the ‘80s and ‘90s, Ireland came to prominence when she first appeared on the cover of the Sports Illustrated’s Swimsuit edition in 1989. More than two decades later, on February 27, 2012, she made the cover of Forbes as the chief executive of Kathy Ireland Worldwide, a brand empire founded in 1993 that sells fashion and nutrition products, among many others. She has a net worth of nearly half a billion dollars, according to Forbes.

‘We all must just be careful with our words’

Melania Trump launched the anti-cyberbullying campaign “Be Best” last May. It originally focused on a top priority of social media safety, but later the initiative expanded to include online safety in general, not just social media. Other objectives of the effort include “well-being” and “opioid abuse,” according to the “Be Best” website.

“Mrs. Trump believes that children should be both seen and heard, and it is our responsibility as adults to educate and reinforce to them that when they are using their voices — whether verbally or online — they must choose their words wisely and speak with respect and compassion,” the website says.

In 2017, Ireland defended Melania Trump against critics who ridiculed her for prior work as a model.

“It’s not OK for anybody to take swipes at anyone else,” Ireland told Boston Herald Radio. “What message does that send to children? It dehumanizes people.”

Last October, Melania Trump told CNN she was “the most bullied person on the world.”

“We all must just be careful with our words,” Ireland says. “Of course, I've been guilty of having words come out that I wished didn't come out.

“I believe in being quick to think, slow to speak, slow to become angry I think is really good advice,” she adds.

Max Zahn is a reporter for Yahoo Finance. Find him on twitter @MaxZahn_.