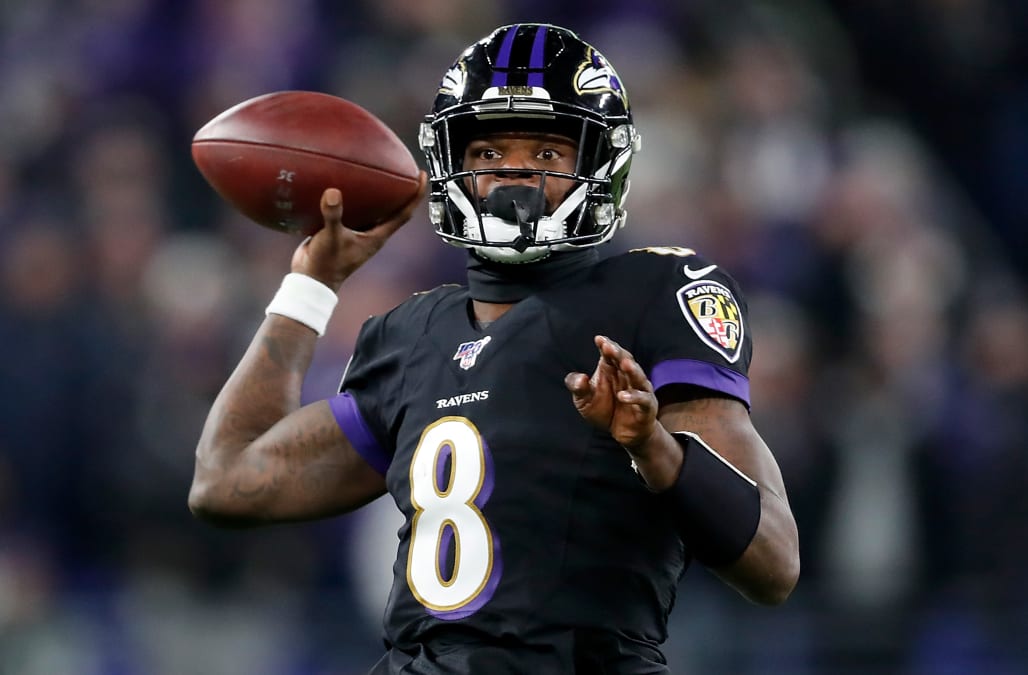 For all of the (deserved) attention that Lamar Jackson’s unprecedented running ability gets, the fact that his stats show a developing passing prodigy has flown under the radar.

Yes, Jackson officially broke Michael Vick’s single-season rushing yard record for a quarterback on Thursday against the New York Jets, but his production through the air also made history.

Another record for Lamar Jackson -- this one for his arm.

Jackson set the single season record for the most TD passes by a QB age 22-or-younger, per @ESPNStatsInfo.

Jackson reached that mark with passes to wide receiver Miles Boykin and tight end Mark Andrews in the first half. He added three more in the second half to running back Mark Ingram and wide receivers Marquise Brown and Seth Roberts.

The 22-year-old finished the game 15-of-23 for 212 passing yards to go with the five touchdowns that gave him another incredible milestone.

If there is a number that shows what kind of season Jackson is having, throwing for five touchdowns the night he broke Vick’s record might be it. Jackson’s 33 touchdown passes on the season also tied Vinny Testaverde’s single-season franchise record set all the way back in 1996.

Jackson was delighted to hear about that record.

Given what Jackson has done to reach this level, that happiness is more than earned.

The unfair critiques and calls for position changes Jackson faced as a draft prospect have turned into a mark of shame thanks to his production this season, and this record reveals another reason why dismissing Jackson’s arm was incredibly ill-advised.

Jackson was one of the youngest quarterbacks in his draft class, and the decent-but-not-great passing stats from his rookie year were more than impressive given his age and situation. He was a 21-year-old playing on an offense the had been featuring Joe Flacco before him and had to completely change its identity during the season. This was noted by some before the season.

So of course Jackson was poised to make a big improvement in his sophomore season, just like plenty of young quarterbacks. After posting one of the worst passing efforts of his career against the Los Angeles Chargers in the playoffs last year, he committed to improving as a passer all offseason while the Ravens continued to build their offense around him.

Jackson announced his ascent as a passer with a Week 1 evisceration of the Miami Dolphins, posting five touchdowns while barely using his trademark rushing abilities. That production has continued throughout the season, and now it has made history among young quarterbacks. And he’s probably not yet done.