Jets players lined up to get signed jerseys from Lamar Jackson after he threw five TDs vs. them 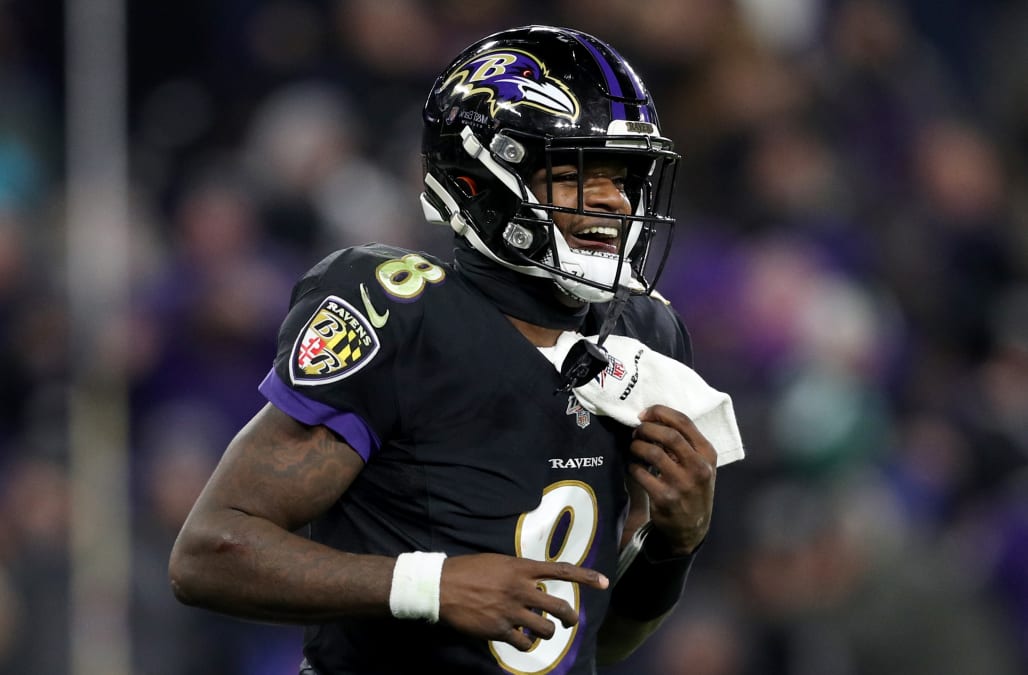 It didn’t take long for Lamar Jackson to change the NFL, and get the respect of his fellow players.

There have been plenty of moments this season that have belonged to the Baltimore Ravens quarterback, whether it was the crazy spin move against the Cincinnati Bengals or the “Monday Night Football” five-touchdown party against the Los Angeles Rams that practically ended the MVP race.

Thursday night brought another of those moments, and it wasn’t necessarily the five touchdown passes he dropped on the New York Jets in a 42-21 win that clinched an AFC North title. It came afterwards, when some of those Jets players who just got blown out lined up to swap jerseys with Jackson.

Jackson had to bring extra jerseys for them.

You want to know what respect for an opponent looks like? It’s here in one clip:

Everyone wanted a jersey swap with Lamar postgame.

So @Lj_era8 brought a few extra to give away. #RavensFlockpic.twitter.com/1JUYFtk2j4

The jersey swap is a relatively new tradition in the NFL, and it comes from the soccer world. Usually players seems to swap with someone at their same position, or a college teammate or someone they have a connection to.

The Jets players presumably just wanted to share in the biggest story the NFL has this season, a quarterback whose dual-threat abilities have made him the league’s MVP and will likely change how NFL teams think about the quarterback position.

Jets linebacker James Burgess, receiver Robby Anderson and running back Le’Veon Bell got their Jackson jerseys after the game. There’s sure to be some dumb backlash from grumpy fans bemoaning how it was better when opponents hated each other, and it’ll be misguided.

Jackson has changed the game, and it’s not even the end of his second season. He has opened doors for others and (hopefully) eliminated stereotypes. He’s a competitor, has represented the league very well and has clearly worked hard to become the most productive quarterback in the game. It’s OK to compete hard and then tip your cap to another player when he beats you, like the Jets did.

And if you want to know what a big deal Jackson has become around the NFL this season, just take a look at that clip again.