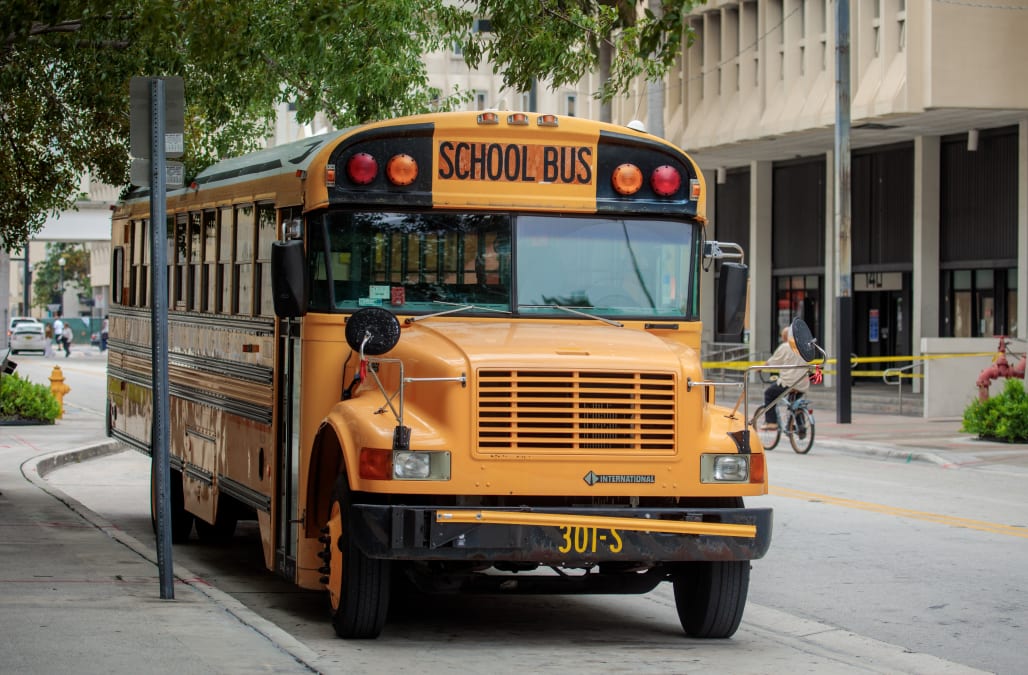 Thirty students were evacuated from a Florida school bus on Monday in what the driver reported as a possible “hazardous materials” incident.

Half of the evacuated students from Buffalo Creek Middle School in Palmetto were treated on the scene for mild respiratory irritation after smelling a “strong odor.” All were transported to a nearby high school to be picked up by their families.

“All 30 students on the bus were accounted for and treated and released,” according to a statement from the Parrish Fire District.

According to Division Chief Mike Williamson, the odor turned out to be Axe Body Spray, which a student had apparently sprayed liberally on the bus. When no one confessed to using the spray, Williamson personally interviewed every student to smoke out the culprit.

“We had heard reports from other community members that it’s somehow a thing with kids spraying it all over each other to smell nice or prank each other,” he told “Today.” “They must have watched a lot of episodes of ‘Band of Brothers’ because they would not say who did it.”

But it wasn’t difficult for Williamson to finally sniff out the guilty party.

“Once I got down the line, I was able to determine it,” he said. “Before I could even tell [the student] what I was looking for, I made a motion like I was spraying, and he handed me an empty bottle of the black Axe Body Spray. I could smell it all over him.”

Although the incident was ruled a prank, it is still under investigation. Footage from the bus’s cameras will be reviewed and further interviews conducted.

Williamson said it was the first Axe Body Spray evacuation of his 33-year career.

More from HuffPost US:
Nobody knows why pigeons in cowboy hats are roaming Vegas
Floyd, a 190-pound dog, rescued from hike after getting too tired
Navy confirms: Those UFO videos are real and never should've been released