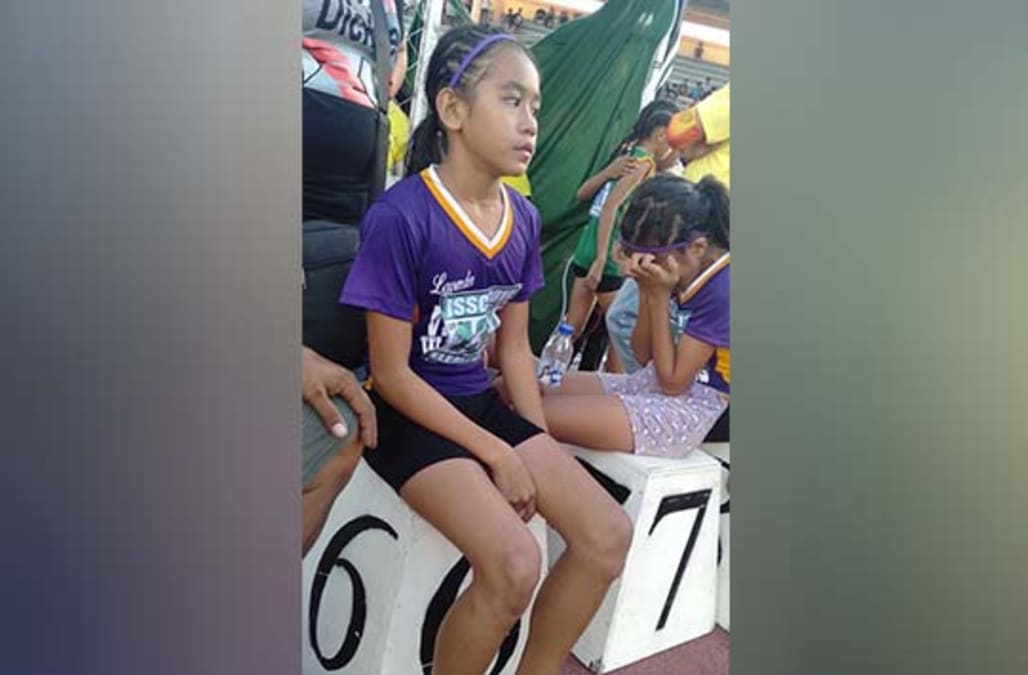 An 11-year-old girl in the Philippines has gone viral after she won gold at multiple races while wearing a pair of unusual running shoes.

On Dec. 9, 2019, Predirick B. Valenzuela took to Facebook to share photos of Rhea Bullos, of Balasan, who had reportedly competed at the Iloilo Schools Sports Council Meet. Photos show her feet covered in nothing but plaster bandages with the Nike logo drawn on the front.

Despite essentially wearing nothing, Bullos managed to win gold at the 400-meter, 800-meter and 1,500-meter races, according to Valenzuela.

"Congratulations, little girl!" another wrote. "You are so inspiring! Keep it up! God bless your everything!"

The girl's story was also shared on Twitter and caught the attention of Filipino-American coach and former professional basketball player Jeff Cariaso, who also currently serves as the CEO of basketball store Titan 22 and asked to be put in touch with the girl. He eventually managed to get in contact, thanking Twitter users for their help.

"I was able to speak to Rhea and her adviser this morning," he tweeted a day after the girl went viral. "Thanks to those who messaged me also with her contact number."

Thanks for the post. I was able to speak to Rhea and her adviser this morning. Thanks to those who messaged me also with her contact number. https://t.co/LKUYF0zyLo