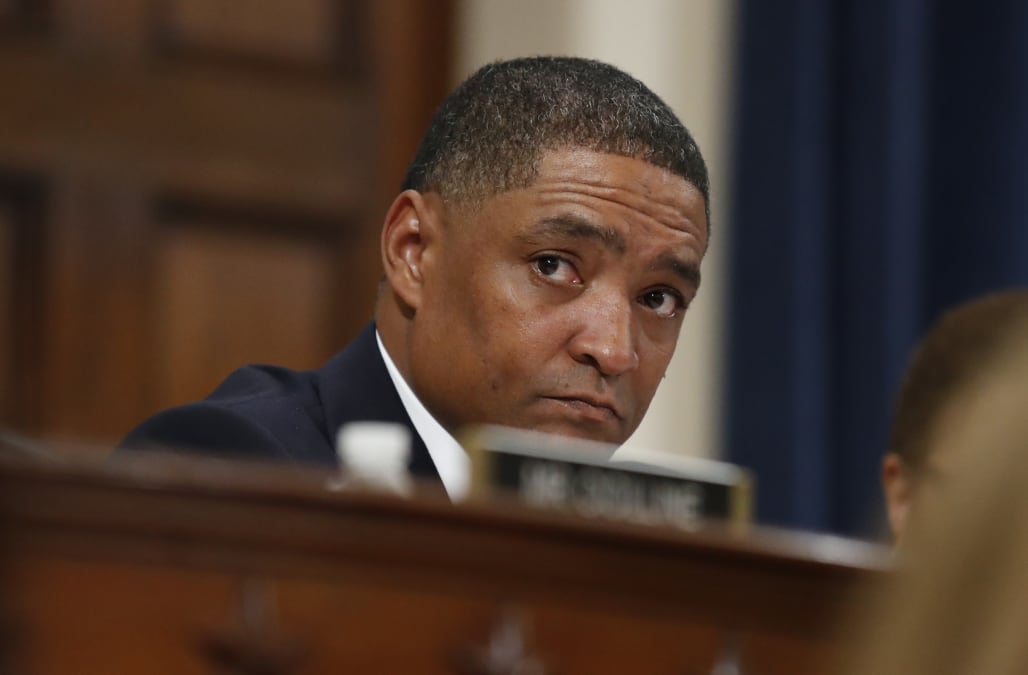 After a very slow start at the Presidents Cup on Thursday, the United States rallied back slightly thanks to some strong play on the greens late at Royal Melbourne in Australia.

Though the time change is making it difficult for some fans to keep up with the action in the United States, Representative Cedric Richmond (D-LA) seemed bound and determined to keep up with the biennial event — and wasn’t going to let anything, even an impeachment hearing, get in his way.

Richmond, a member of the House Judiciary Committee, was caught on camera watching golf on his laptop Thursday night while the committee was holding a vote on two articles of impeachment that were introduced against President Donald Trump.

The House Judiciary Committee didn’t end up approving the two articles until Friday morning, paving the way for a full vote in the House in the near future.

The move to check in on the Presidents Cup has naturally drawn criticism online in the hours since the video surfaced. In Richmond’s defense, however, there was some pretty good golf action taking place on the other side of the world.

Justin Thomas and Tiger Woods picked up their second point in the event after Thomas drained a clutch birdie on No. 18, putting away Hideki Matsuyama and Ben An while sparking a textbook golf celebration on the green. Patrick Cantlay made a similar putt on No. 18, too, leading he and Xander Schauffele past Joaquin Niemann and Adam Hadwin.

After a point where the United States was in danger of falling into a 9-1 hole — in an event they hold a dominant 10-1-1 record in — the Americans entered the weekend down just 6.5-3.5.

Debate Richmond’s move in Washington all you want. Maybe a congressman shouldn’t be watching sports during something as serious as an impeachment hearing. Or, maybe a quick check-in to one of the biggest tournaments in the sport during a vote is harmless.

Regardless, it’s a safe bet that Richmond will be tuned in to what is sure to be one of the most entertaining weekends in the history of the Presidents Cup.