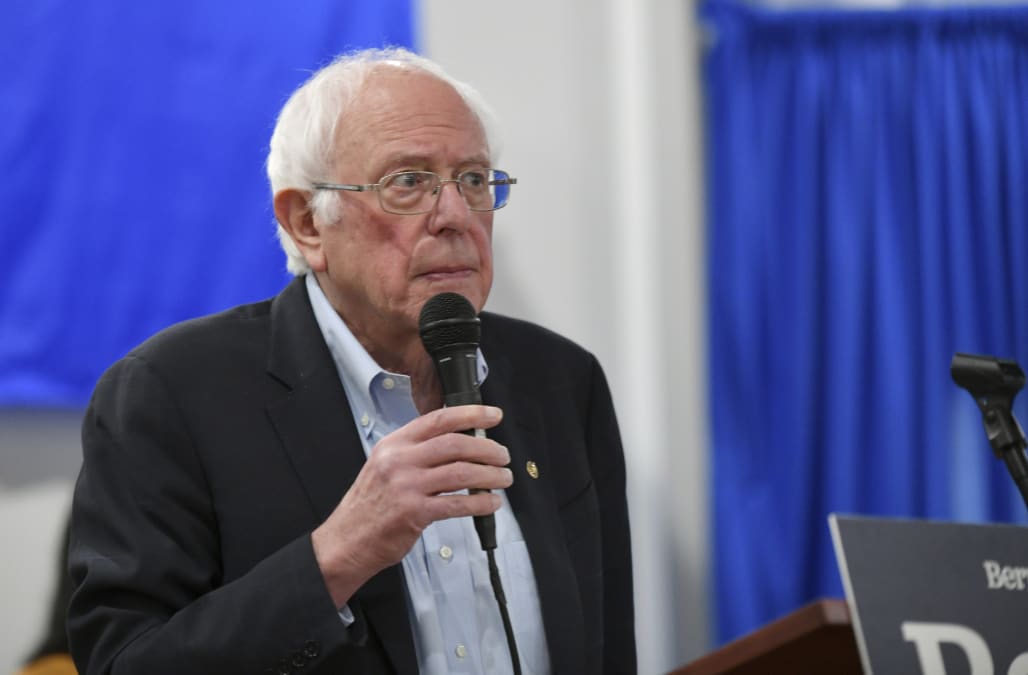 Sen. Bernie Sanders retracted his endorsement of congressional candidate Cenk Uygur on Friday, less than 24 hours after making it, as allegations of sexism hit the former online talk show host.

.@cenkuygur has been a longtime fighter against corruption. However, our movement is bigger than any one person. I hear my supporters who were frustrated and understand their concerns. Cenk today said he is rejecting all endorsements for his campaign and I retract my endorsement.

On Thursday, Sanders became the only presidential candidate to endorse Uygur, whose YouTube program "The Young Turks” has nearly 30,000 subscribers.

"I'm endorsing Cenk because I know he will serve ordinary people, not powerful special interests. He is a voice that we desperately need in Congress and will be a great representative for CA-25 and the country," Sanders was quoted as saying in news release put out by Uygur's campaign.

There are no shortage of examples of Uygur’s disparaging remarks about women.

"Obviously, the genes of women are flawed," he wrote in a 1999 post online."They are poorly designed creatures who do not want to have sex nearly as often as needed for the human race to get along peaceably and fruitfully."

“There must be orgasm by the fifth date,” Uygur said in a 2002 post about the “rules of dating.”

Bragging about his Mardi Gras exploits in New Orleans in 2003, Uygur wrote in a column about how he had “kissed over 23 different women, saw and felt countless breasts.”

In a 2013 episode of “The Young Turks,” Uygur rated women on a scale of 1 to 10 in terms of how men viewed them in terms of desirability to perform oral sex on them.

On Friday, as his long history of questionable comments drew further scrutiny, Uygur announced that he was no longer “accepting any endorsements.”

"I can't tell you how much I appreciate the endorsements of Bernie Sanders, Ro Khanna, Nina Turner and local progressive groups that gave me their support. Their stance took real courage in the face of the corporate media and Democratic establishment onslaught," Uygur said. "I want to be free of any influence other than the voters of CA-25. I will not be beholden to corporations, lobbyists, or special interest groups and I will not stand by while those groups attack my political allies. That's why I have decided that I will not be accepting any endorsements. My job is to represent the voters and the voters alone. The only endorsements I'll be accepting going forward is that of the voters of CA-25."

Uygur’s relationship with Sanders is not new. During the 2016 presidential campaign, Uygur regularly promoted the Vermont Senator’s campaign on “The Young Turks,” which gained a reputation for drawing an audience of so-called Bernie Bros., who regularly attacked former Secretary of State Hillary Clinton.

Uygur frequently traveled with Sanders on the campaign trail, sometimes dining with him after rallies.