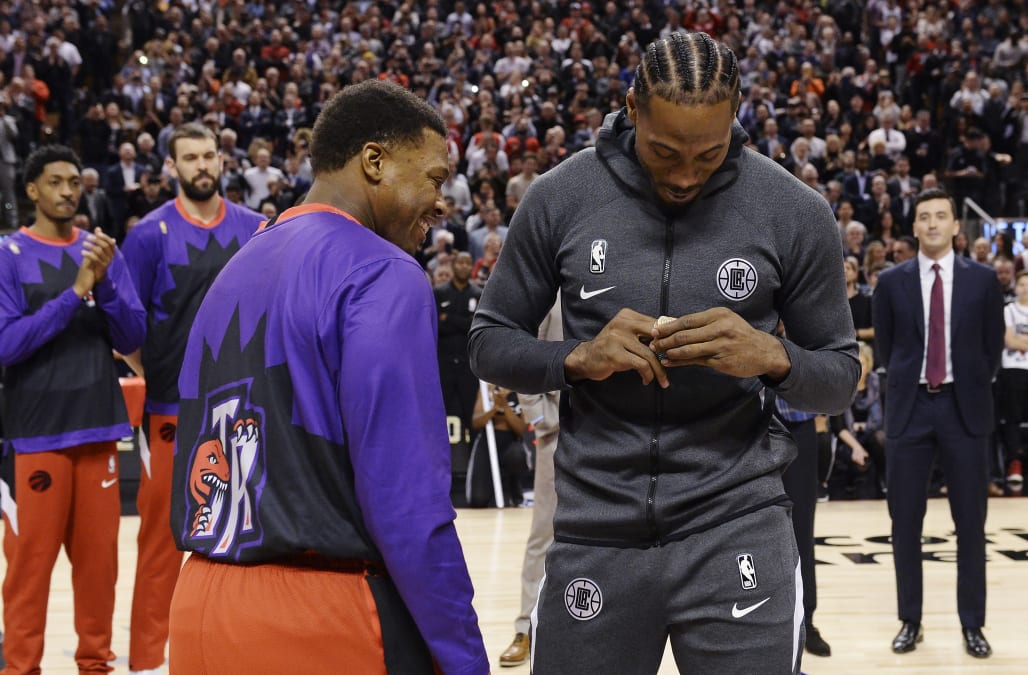 To most people, giving someone the middle finger is considered to be a rude gesture — but in Kawhi Leonard's case, it's a completely innocent (and very important) reminder for himself.

The Los Angeles Clippers star, who won the NBA championship with the Toronto Raptors last season, returned to his former home arena on Wednesday for the first time since leaving the team in free agency this past offseason. He was met with a standing ovation by fans and, of course, his 2019 championship ring — which had a tiny hidden message on it.

In a special moment before tip-off, Leonard received his ring from former Raptors teammate Kyle Lowry. The rings are the largest NBA championship rings ever made, and the inside of each includes a personalized message for the player it was given to.

"It's on my middle finger," he explained after the game, "so I have like a 'F you' symbol on there."

Kawhi says he has an "'F you' symbol" in his championship ring. pic.twitter.com/jg1jyeH3X9

Turns out, the engraving isn't supposed to be a rude message to his former team, the team they beat or anyone at all. It's simply a reminder of which finger the massive piece of jewelry should be worn on.

The Raptors ring is sized for Leonard's middle finger because he already has one sized for his index finger. Leonard also won an NBA championship with the San Antonio Spurs in 2014.

Kawhi Leonard said he has a middle finger emoji engraved inside his TOR championship ring - which is the size of spaceship but looks normal on his hand - but there isn't some hidden message: "It reminds me, 'Put it on my middle finger.' " Spurs ring was sized for his index finger

Leonard and the Clippers emerged victorious in his return to Canada, defeating the Raptors 112-92.