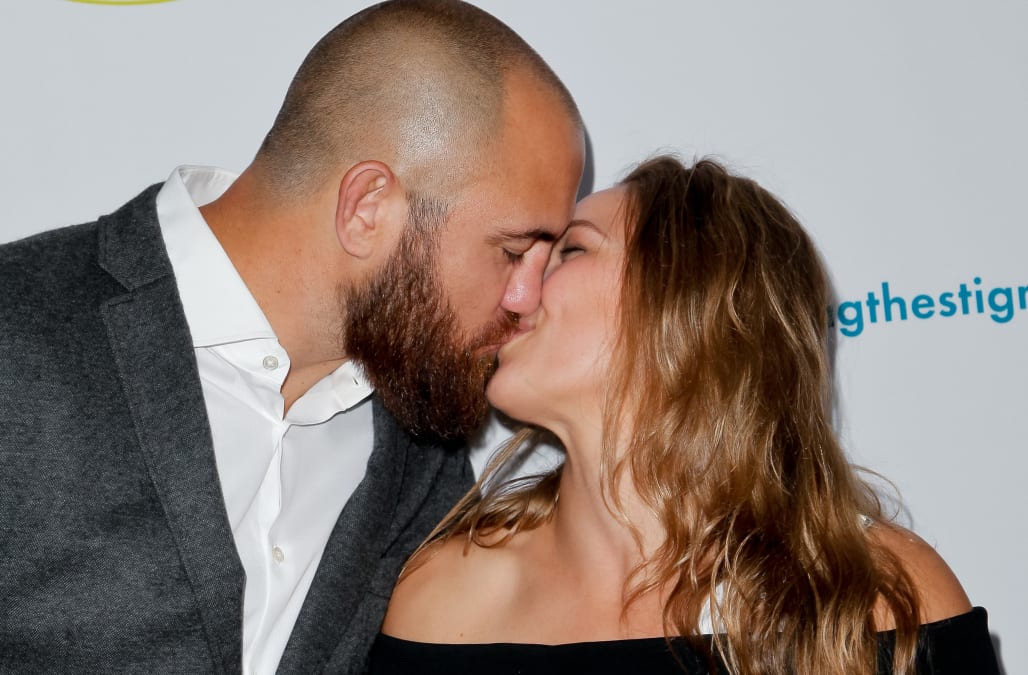 Ronda Rousey could be adding a new title to her résumé soon: Mom.

The professional wrestler announced in April that she would be taking a hiatus from WWE, which she playfully called an "impregnation vacation" on Instagram. However, eight months have passed and there has been no pregnancy announcement made by Rousey — something she opened up about this week.

The wrestler told People that she and husband Travis Browne aren't stressing over fertile days and ovulation windows, but that they want to "put it out there, in the universe" that the two hope to expand their family in the future.

Rousey and Browne, a mixed martial artist from Hawaii, wed in 2017 and have been enjoying life with Browne's two sons, Kaleo and Keawe, ever since.

"However much of this time that we get to have, once it’s gone, it’s gone forever," she told People of the foursome.

The former UFC star, who joined WWE in 2018, doesn't want motherhood to be the end of her wrestling career, though.

"I think I need to figure out a different way of doing it," she told People of a possible return to the ring. "Right now, I think my family needs my undivided attention."

See more of Rousey with her family:

More from Aol.com:
Slapping champion falls into 'mini coma' after first ever KO
I did not cheat, says Reed, as Presidents Cup gets personal
Tributes pour in for Pete Frates after his death