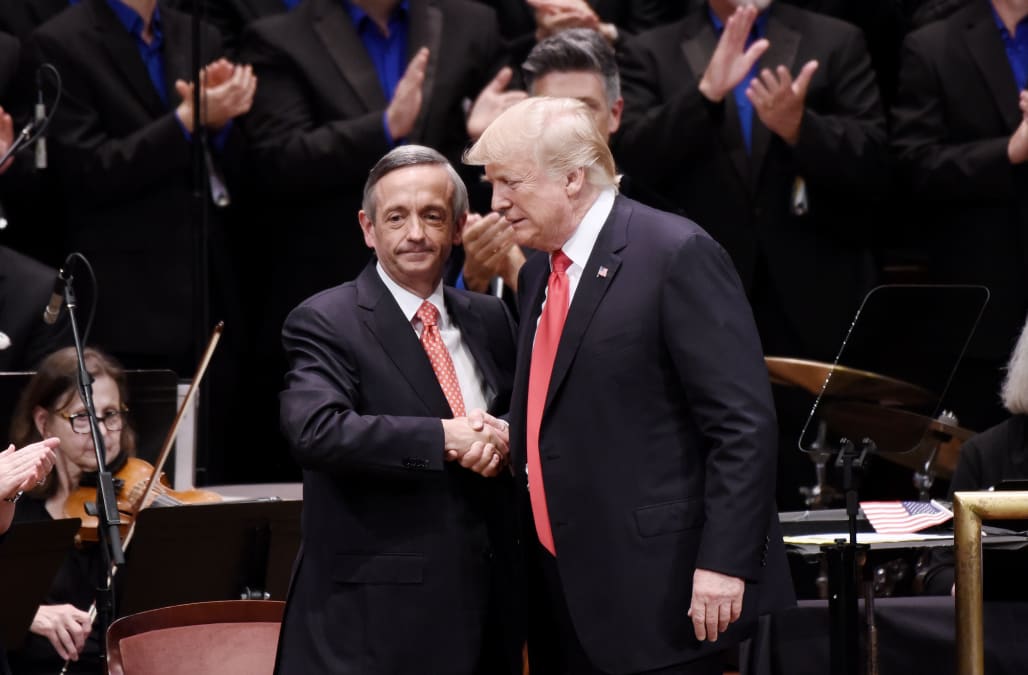 President Donald Trump signed an executive order aimed at tackling anti-Semitism on college campuses on Wednesday ― but one of the speakers at the event has said that Jews are going to hell.

Jeffress, in turn, called Trump “the most pro-faith president in history.”

But Jeffress has a long history of hateful comments toward other faiths.

In 2010, he called both Islam and Mormonism “a heresy from the pit of hell,” then issued a warning to Jews.

“Judaism ― you can’t be saved being a Jew,” he declared on the Trinity Broadcasting Network.

“Not only do religions like Mormonism, Islam, Judaism, Hinduism, not only do they lead people away from the true God, they lead people to an eternity of separation from God in hell. You know, Jesus was very clear. Hell is not only going to be populated by murderers and drug dealers and child abusers. Hell is going to be filled with good religious people who have rejected the truth of Christ.”

Jeffress often speaks in support of Trump on cable networks and radio, and earlier this year he said evangelicals who don’t support the president are “spineless morons.”

He predicted in September that removing Trump via impeachment would lead to a “Civil War-like fracture.”

Trump has noticed ― and appreciated ― the stream of praise.

“I’d watch him on different shows, and I’d say, ‘I like that guy. Man, he talks really great about me,’” Trump said at the Hanukkah event on Wednesday. “And I like people that talk well about me.”

More from HuffPost US:
Donald Trump slams his security for being ‘politically correct’ in ejecting protester
House Democrats unveil Articles of Impeachment against the president
Michelle Obama says the impeachment hearings are 'surreal'