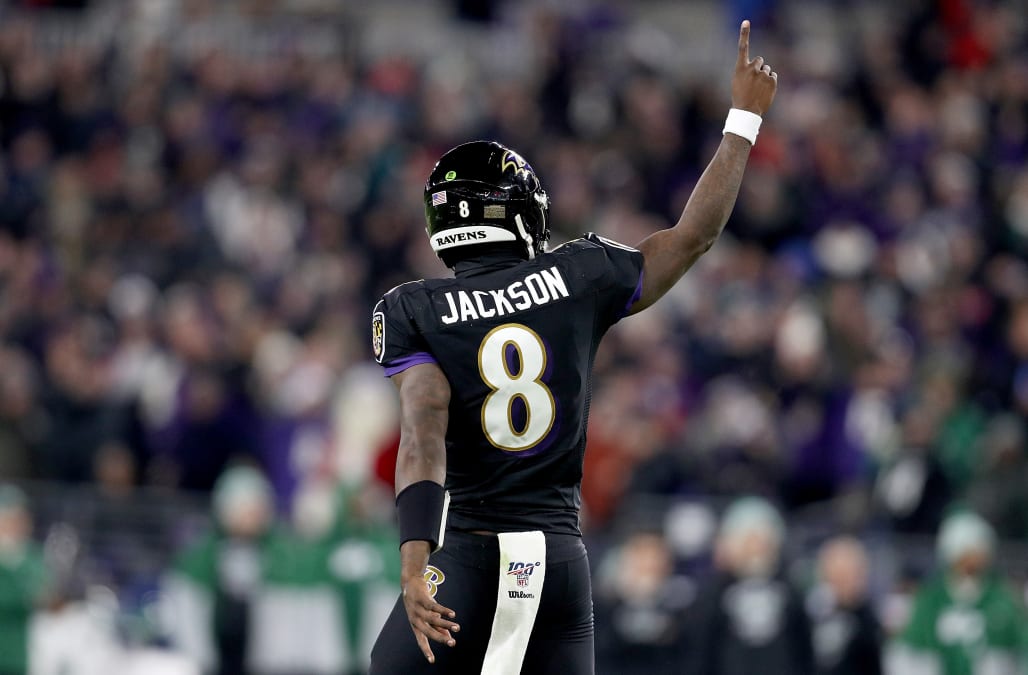 Jackson entered Thursday’s game against the New York Jets with 1,017 rushing yards — 22 behind Vick’s total of 1,039. Vick achieved his total with fewer attempts (but in more games) that season than Jackson had had in 2019.

Jackson — wearing white sleeves and a white glove — reached the 1,000-yard mark last week against the Buffalo Bills, joining Vick as the only other QB to reach quadruple digits on the ground in a single season.

Then Jackson broke Vick’s all-time mark with a five-yard red-zone run in the first quarter against the Jets that set up a Mark Ingram touchdown run on the next play.

Lamar Jackson officially passes Michael Vick for the most rushing yards in a season by a QB 🙌pic.twitter.com/QGzTDp5GnI

Vick’s mark was once thought to be unbreakable in a passing-heavy era where running quarterbacks sometimes have been asked to throw more and run less. But with the Ravens, Jackson has been given carte blanche to run and throw with a scheme that perfectly accentuates his skills.

And it’s a big reason why Jackson appears to be one of the runaway MVP favorites in December. With three more games remaining, Jackson could even approach the 1,300-yard mark with a few more big performances with his legs and land somewhere in the league’s top 10 rushers this season.

Vick congratulated Jackson on the record in a Twitter video posted shortly after the Ravens quarterback passed him.

How far can Lamar go?

Jackson still has some work to do to catch Vick’s career rushing total of 6,109 yards on the ground. Jackson is less than one-third of the way toward that mark. But through 30 NFL games (21 starts), Jackson is averaging close to 60 rush yards per game.

Which means at this rate, he could break the career QB rush mark somewhere around the middle of the 2024 season. Keeping up that pace would be fairly incredible. But for anyone who has watched Jackson perform this season ... are you doubting him?