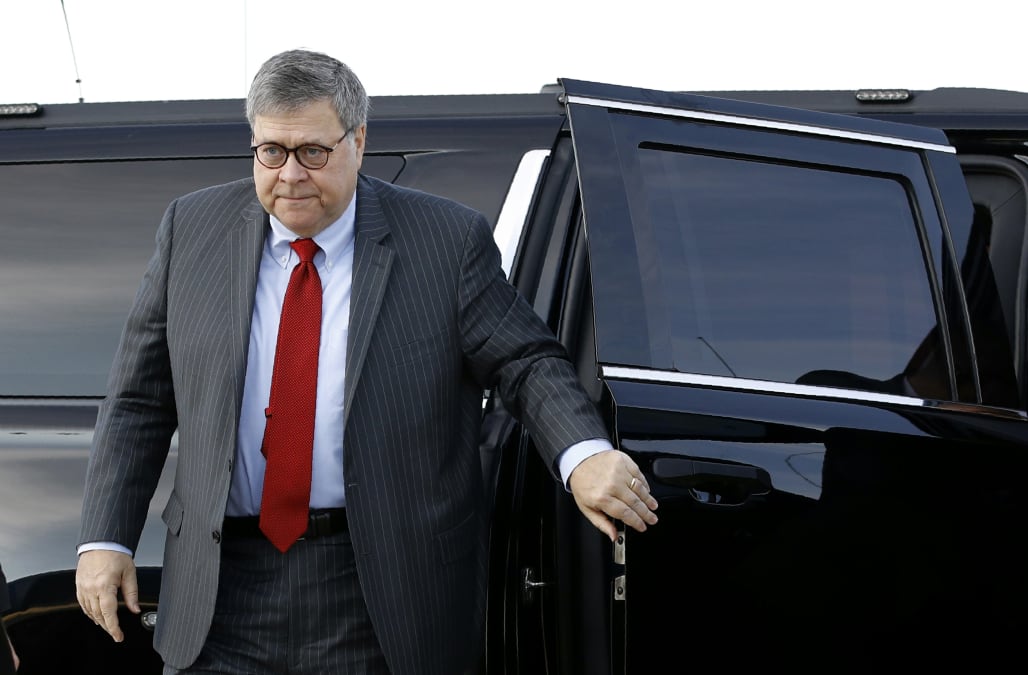 Former Attorney General Eric Holder was unequivocal in his criticism of William Barr, the current attorney general of the United States, in a searing op-ed published in The Washington Post on Wednesday.

Holder, who served as the country’s top law enforcement officer from 2009 to 2015 and as deputy attorney general from 1997 to 2001, accused Barr of shameless partisanship and of having behaved in a way that’s “fundamentally inconsistent with his duty to the Constitution.”

“As a former U.S. attorney general, I am reluctant to publicly criticize my successors. I respect the office and understand just how tough the job can be,” Holder began his op-ed. “But recently, Attorney General William P. Barr has made a series of public statements and taken actions that are so plainly ideological, so nakedly partisan and so deeply inappropriate for America’s chief law enforcement official that they demand a response from someone who held the same office.”

Holder went on to lay out a number of recent events in which he said Barr had acted inappropriately.

Last month, Barr delivered a speech at a Federalist Society event in Washington, in which he’d accused “the other side” of “the systematic shredding of norms and the undermining of the rule of law” in their censure of President Trump. In those remarks, Barr “exposed himself as a partisan actor, not an impartial law enforcement official,” Holder said.

Later in that same speech, Barr “made the outlandish suggestion that Congress cannot entrust anyone but the president himself to execute the law,” Holder continued.

Barr had said, “If Congress attempts to vest the power to execute the law in someone beyond the control of the president, it contravenes the Framers’ clear intent to vest that power in a single person, the president.”

“This is a stunning declaration not merely of ideology but of loyalty: to the president and his interests. It is also revealing of Barr’s own intent: to serve not at a careful remove from politics, as his office demands, but as an instrument of politics — under the direct ‘control’ of President Trump,” Holder said.

Attorney General Eric Holder announces he is leaving the Department of Justice while U.S. President Barack Obama looks on.

U.S. Attorney General Eric Holder speaks at the annual convention of the National Association for the Advancement of Colored People (NAACP) in Orlando July 16, 2013. Holder told the major civil rights convention that controversial "Stand Your Ground" self-defense laws that have been adopted in 30 states should be reconsidered.

Eric Holder (L) is sworn-in as US Attorney General by US Vice President Joe Biden (R) as Holder's wife, Sharon (C) holds the Bible during ceremonies on February 3, 2009, at the Justice Department in Washington, DC.

Attorney General Eric Holder makes a separated statement on the unrest after the unarmed 18-year-old Michael Brown was shot by a police officer in Ferguson, Missouri, during a major financial fraud announcement press conference August 21, 2014 at the Justice Department in Washington, DC. Holder spoke on the current situation in Ferguson one day after his visit to the town and met with Browns family, saying the investigation of the shooting will be thorough and will be fair, and Department of Justice stands with the people of Ferguson.

US Attorney General Eric H. Holder is sworn-in during a hearing of the House Judiciary Committee on Capitol Hill May 15, 2013 in Washington, DC. Holder and other members of the Obama administration are being criticized over reports of the Internal Revenue Services'(IRS) scrutiny of conservative organization's tax exemption requests and the subpoena of two months worth of Associated Press journalists' phone records.

U.S. Attorney General Eric Holder speaks during a naturalization ceremony at the U.S. Department of Justice May 27, 2013 in Washington, DC. During the event Citizenship and Immigration Services Director Alejandro Mayorkas administered the Oath of Citizenship to approximately 70 new U.S. citizens.

Eric Holder (L) is sworn in as U.S. Attorney General by U.S. Vice President Joe Biden (R) at the Justice Department in Washington February 3, 2009. Holder's wife Sharon (C) holds the Bible during the swearing in.

U.S. Attorney General Eric Holder is trailed by reporters upon his arrival on Air Force One at Joint Base Andrews in Washington March 6, 2015. Holder had accompanied U.S. President Barack Obama for the day to Columbia, South Carolina.

Attorney General Eric Holder (R) and his wife Sharon Malone attend the unveiling of Holder's official portrait with the artist Simmie Knox (L) at the Dept. of Justice, in Washington, February 27, 2015. Holder, the first African-American attorney general, serving since 2009, will be succeeded by Loretta Lynch, the first African-American woman to hold the position if confirmed by the Senate.

United States Attorney General Eric Holder (L) participates in a selfie with Ju Hyeon Seo (R) during a ceremony for 70 citizenship candidates at the Justice Department in Washington July 22, 2014. Ju was formerly a South Korean citizen.

The former attorney general, who served in both the Obama and Clinton administrations, also excoriated Barr for suggesting in a recent interview with NBC News that the FBI may have acted in “bad faith” when it launched a probe into whether Trump’s presidential campaign colluded with Russia during the 2016 election.

Following the release of the NBC interview, Holder penned a note of encouragement to the men and women of the FBI, as well as the Department of Justice.

“Stay strong, keep the faith, be true to the oath you have sworn,” Holder wrote on Twitter, adding: “The era of Trump and Barr will pass ― their slander, insults and lies will end.”

In his op-ed, Holder reminded readers that the attorney general’s “ultimate loyalty” should lie not in the president personally, “nor even to the executive branch, but to the people — and the Constitution — of the United States.”

“Virtually since the moment he took office, though, Barr’s words and actions have been fundamentally inconsistent with his duty to the Constitution,” Holder wrote. “Which is why I now fear that his conduct — running political interference for an increasingly lawless president — will wreak lasting damage.”

“He is unfit to lead the Justice Department,” Holder concluded.

More from HuffPost US:
Pastor who says Jews are going to hell speaks at Trump's Hanukkah party
Donald Trump slams his security for being ‘politically correct’ in ejecting protester
House Democrats unveil Articles of Impeachment against the president