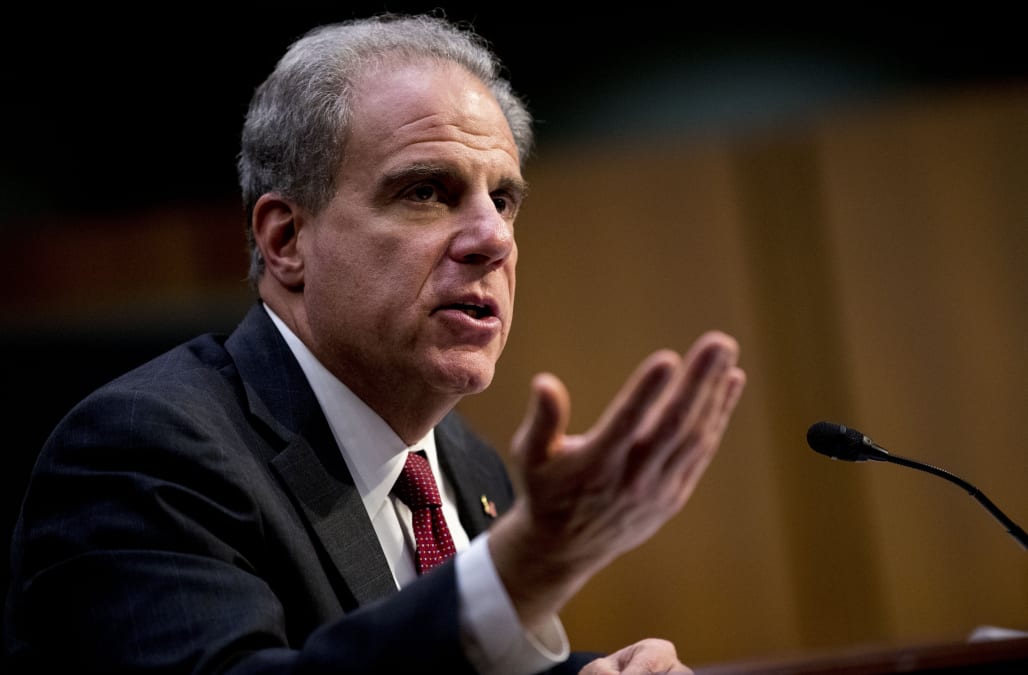 WASHINGTON, Dec 11 (Reuters) - Two separate U.S. Department of Justice reviews are likely to reach opposite conclusions about whether the FBI investigation of Donald Trump's 2016 campaign had sufficient cause to look into any ties with Russia, an official watchdog told Congress on Wednesday.

The department's Inspector General Michael Horowitz told lawmakers that he and a U.S. prosecutor conducting a separate review disagreed about a fundamental question of the politically sensitive inquiry.

In a 434-page report released on Monday, Horowitz concluded that the FBI had enough evidence in 2016 to open a full counterintelligence investigation of the Trump campaign's possible ties to Russia.

Horowitz said prosecutor John Durham told him last month that he believed the FBI should have opened a more limited investigation. He said he was not swayed by Durham's argument.

"None of the discussions changed our findings," Horowitz told a Senate Judiciary Committee hearing.

Barr, who was appointed by Republican President Trump, has repeatedly criticized the FBI's investigation and assigned Durham in May to examine it, while Horowitz's review was already underway. Democrats have accused Durham's review of being politically motivated.

Horowitz's review did not find evidence that the FBI had been motivated by political bias, as Trump and other Republicans have said.

But Horowitz also said the FBI made what he described as "basic and fundamental errors" that overstated its case as it sought court approval to wiretap a Trump campaign aide.

Horowitz's testimony indicated that the Justice Department may never provide a clear answer about the legitimacy of the investigation into the Trump campaign's possible ties to Russia, which ultimately was taken over by Special Counsel Robert Mueller. Mueller detailed a Russian campaign of hacking and propaganda to sow discord in the United States and help Trump win.

FBI Director Christopher Wray said he agreed with Horowitz's conclusions and has taken steps to curb the abuses outlined in the report.

Attorney General William Barr said on Tuesday that Horowitz had been too "deferential" to the FBI, which he said may have acted in "bad faith."

Durham said on Monday that he did not agree with Horowitz about how the case was opened. His review will likely wrap up in the spring or summer of next year, during the height of Trump's re-election campaign.

Democrats and Republicans on the Judiciary Committee chose to emphasize different aspects of Horowitz's report.

Senator Lindsey Graham, the panel's Republican chairman, said the investigation, even if it had been opened on legitimate grounds, evolved into a "massive criminal conspiracy."

"People at the highest levels of the government took the law in their own hands," he said.

Senator Dianne Feinstein, the panel's top Democrat, said the report had knocked down Trump's accusations that a "Deep State" of bureaucrats had worked to undermine his political prospects.

"Simply put, the FBI investigation was motivated by facts, not bias," she said.

Horowitz's work on the issue is not done. He said his office is examining whether FBI agents in New York improperly leaked information to Trump ally Rudy Giuliani in an effort to pressure then-FBI Director James Comey to re-open an investigation into Democratic presidential candidate Hillary Clinton's email use.

"What's proving to be very hard is the substance of the communications, but we can prove the contacts," Horowitz said.

Democrats say Comey hurt Clinton's candidacy when he said he was re-opening the investigation shortly before the election. (Reporting by Andy Sullivan; editing by Grant McCool)