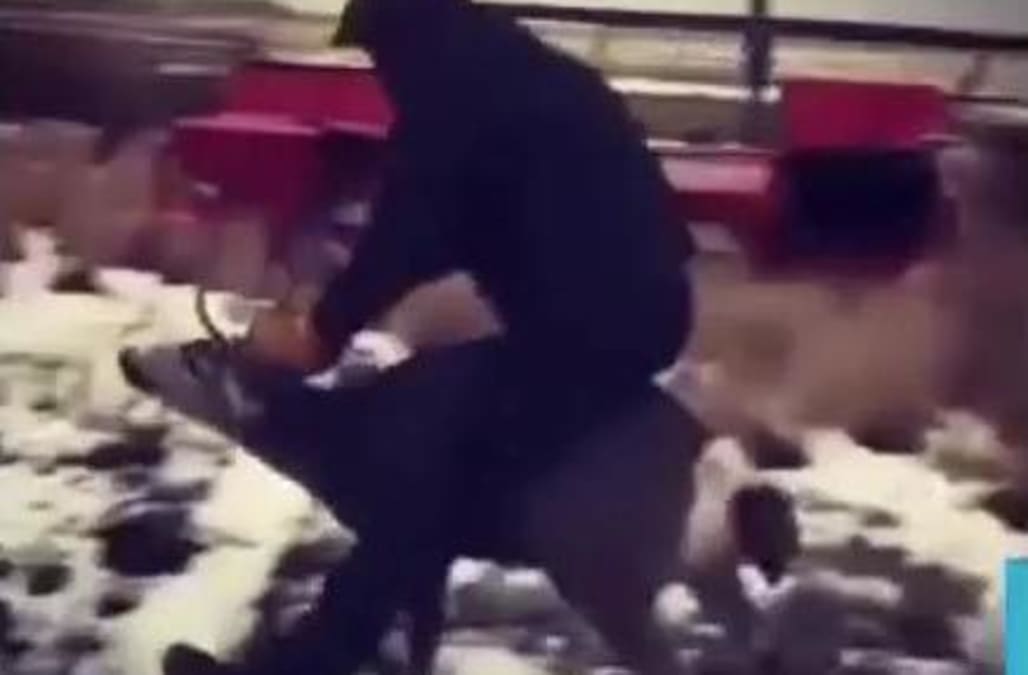 An Oregon teen was arrested after officials found a video on social media that showed him riding a mule deer buck.

The Oregon State Police said on Facebook that they received information last week regarding the "disturbing video" from the state's Fish & Wildlife Division.

The footage showed the teen "climbing onto, and eventually riding on the back of a live and exhausted mule deer buck while it was contained within a fenced enclosure," Oregon officials said. Mule deer are a type of deer indigenous to Western North America.

"Throughout the video, the mule deer buck can be heard grunting and/or bleating and after escaping the rider, the buck jumped into a linked fence, multiple times, attempting to escape the enclosure," police said on Facebook.

Authorities said Jacob Belcher, 18, was identified as the person in the video and was charged with animal abuse and wildlife harassment.

Another suspect, who was responsible for filming the incident, was identified and interviewed as well, authorities said. The person who filmed the video could face charges of aiding in a wildlife offense.

The investigation revealed that the mule deer buck had entrapped itself within a fenced feeding enclosure before Belcher rode the animal. The buck was eventually freed, but its status and whereabouts are unknown, police said.