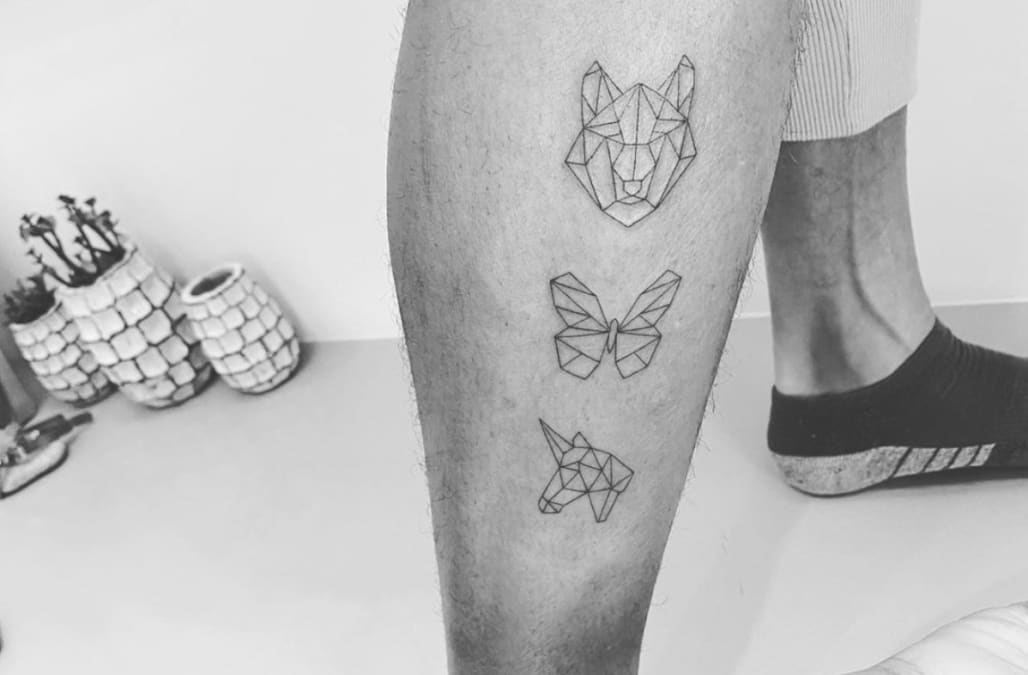 The three-time NBA champion took to Instagram on Wednesday to share a black and white photo of his three newest tattoos on his calf, alongside the same art on his wife Ayesha's arm.

The couple both showed off their geometric tattoos of a wolf, butterfly and unicorn in honor of their children Canon, Ryan and Riley.

Ayesha posted a version of the same photo to her own Instagram with a caption that explained the meaning of each symbol as they relate to her kids.

"Canon will always be our young wolf," she wrote of the couple's youngest child and only son, born last year. She also noted that their "magical" firstborn daughter, Riley, is represented by the unicorn, while middle daughter, butterfly Ryan, makes her mother "cry with joy."

He luhhhhh matching my swag (***these are our babies signs we have for them) . Each has a deeper meaning and representation to us. Canon will always be our young wolf. Ryan our butterfly (this one makes me cry with joy just thinking about it) and Riley our horse (free spirited , which we turned into a unicorn because she’s our magical first born). Thank you again to @winterstone !!!

Ayesha was the first of the pair to get the tattoos, having them done back in May, according to the Instagram of tattoo artist Daniel Winter, who goes by the moniker "Winter Stone."

Stephen is currently recovering from a broken hand that he suffered in October, though he says he hopes to play again this NBA season.