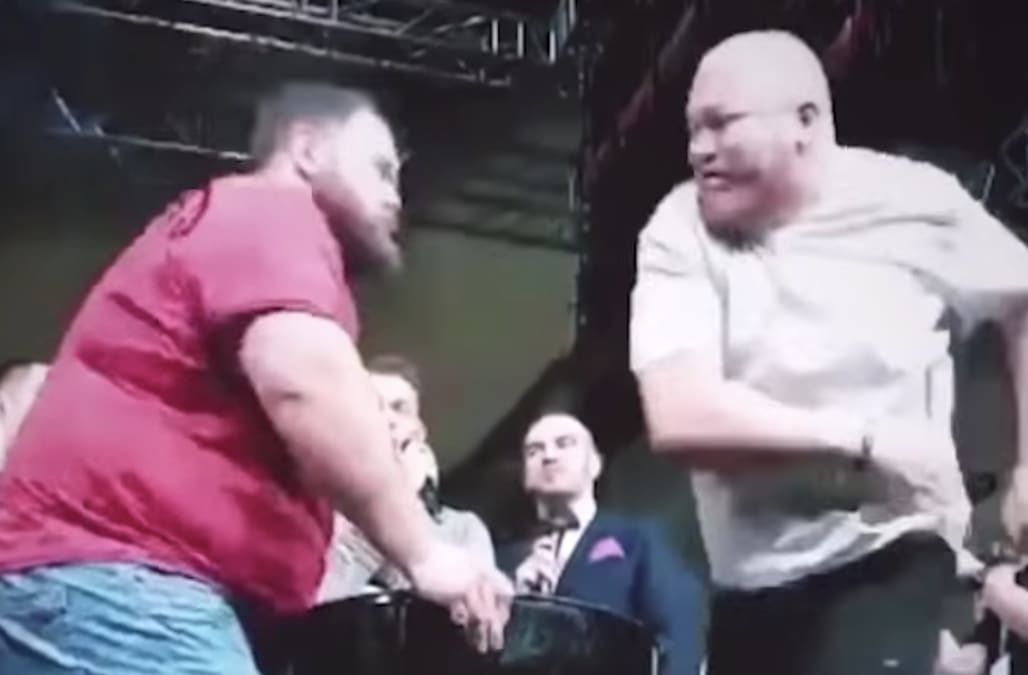 A Russian slapping champion was hospitalized after being knocked out for the first time ever at a competition for the unusual sport this week, according to reports.

The two men stood across from each other with a black barrel between them and began exchanging blows. A hard slap from Zezulya immediately caused Khamotskiy to lose his footing and slump forward onto the barrel. He had to be helped back up by both his opponent and a referee and was reportedly rushed to the hospital after being knocked into a "mini coma."

See footage of the matchup:

The former champion later claimed to have "liked" the hit and said he was "put to sleep for a little bit," according to The Sun.

Khamotskiy, as well as the sport of slapping, rose to fame earlier this year after footage from a tournament in March was widely covered. He was scheduled to face off against YouTuber Logan Paul in May, but Paul dropped out of the competition.

More from Aol.com:
I did not cheat, says Reed, as Presidents Cup gets personal
Tributes pour in for Pete Frates after his death
Ice bucket challenge inspiration Pete Frates dies at 34