Reporter groped by runner during live report speaks out: 'Not OK to help yourself to a woman's body' 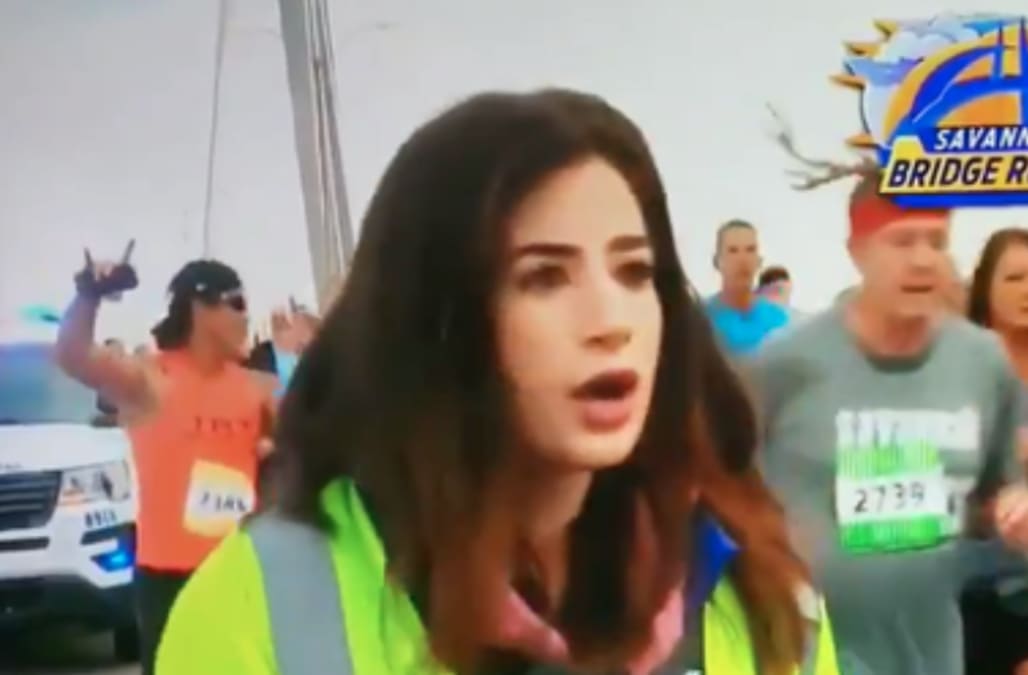 Three days after a Savannah, Georgia reporter called out a man on Twitter who smacked her on her backside on live TV while she covered a foot race, Alex Bozarjian went on national TV to discuss the impact the incident had on her.

Bozarjian was reporting on the Savannah Bridge Run on Saturday for WSAV when a participant wound up and smacked her from behind in the middle of her broadcast.

When the video made its way to Twitter, Bozarjian responded with a message to the man that he “violated, objectified and embarrassed me.”

Race organizers identified the man and banned him from future races.

Tommy Callaway acknowledged his actions in an interview with “Inside Edition” on Tuesday where he was identified as a 43-year-old youth minister and Boy Scout leader.

“I was getting ready to bring my hands up and wave to the camera, to the audience, and there was a misjudgment in character and decision-making,” Callaway said. “I touched her back. I did not know exactly where I touched her.”

Related: Women who have accused high-profile men of sexual misconduct

‘He took my power’

Bozarjian appeared on “CBS This Morning” Tuesday to talk about the incident. She said that she filed a police report but wouldn’t say if she plans to press charges.

“The moment it happened, you’re in disbelief,” Bozarjian said. “You feel like, ‘Did that really just happen?’... It was extremely vulnerable. I think the reason why maybe it caught so much fire is that the emotion is relatable for women all over the world.”

“He took my power, and I’m trying to take that back. … I think what it really comes down to is that he helped himself to a part of my body.”

She said that the smack was not only emotionally, but physically painful.

“It’s not OK to help yourself to a woman’s body just because you feel like it. It’s not playful. He hurt me, both physically and emotionally. I think in order to make any kind of change, you have to be a little bit drastic. You have to chip away at this toxic culture that permeates our society.”