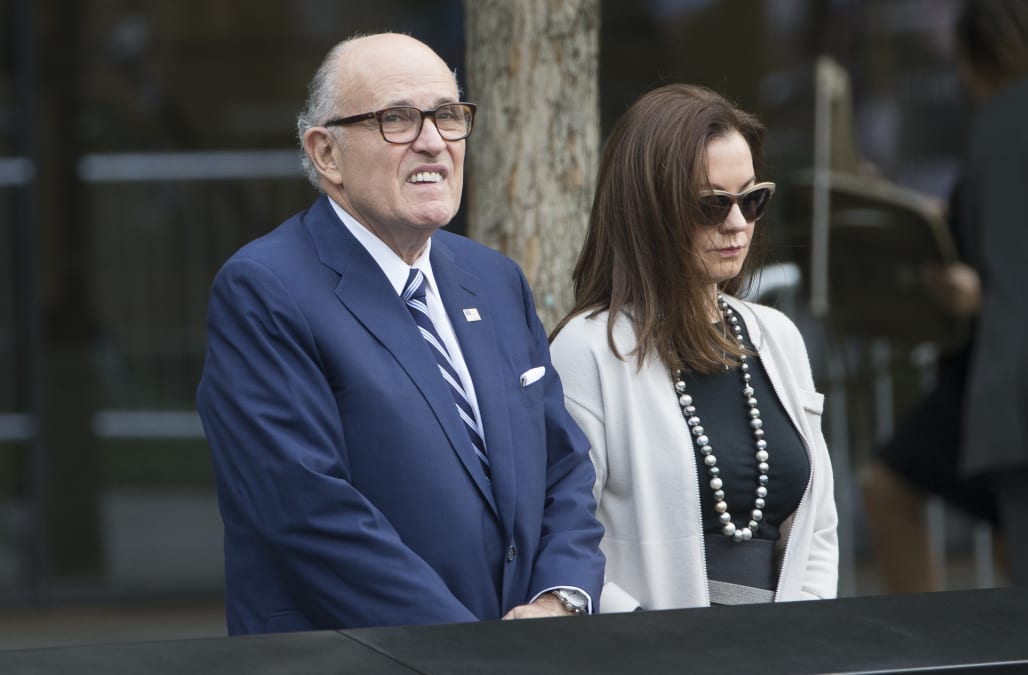 Giuliani, 75, and his wife, Judith, put an end to their differences and “intend to remain friends in the years to come,” Judith Giuliani's divorce attorney, Bernard E. Clair, told the newspaper.

An email and phone call left for Clair was not returned. It was not immediately clear who represented Rudy Giuliani.

The couple was married for 15 years. Their divorce settlement will remain confidential, the Times said.

Throughout the divorce, details about the couple's $230,000 monthly budget became public, including six houses, 11 country club memberships and $12,000 on Rudy Giuliani's cigars.

Giulianí's legal woes might not be over. Two of his close associates, Lev Parnas and Igor Fruman, were arrested in October at Dulles International Airport outside Washington while trying to board a flight to Europe with one-way tickets. They were indicted on charges of conspiracy, making false statements and falsification of records.