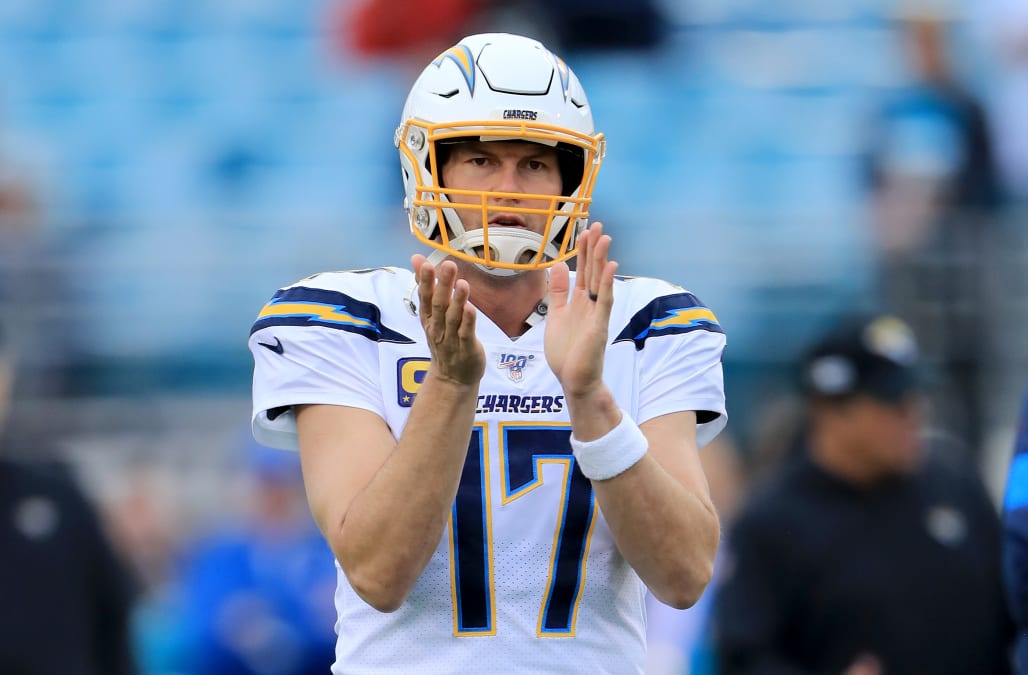 Los Angeles Chargers quarterback Philip Rivers is known as a bit of a trash talker on the field. He’s done it for years, but in his own special way. Because Rivers is a devout Christian, his trash talk is always clean. No cursing, nothing offensive, just good, clean trash talk.

When the Chargers beat up on the Jacksonville Jaguars on Sunday, Rivers found the perfect opportunity to deploy his particular brand of trash talk.

There’s so much to love about Rivers screeching “90! Yard! Touchdown!” He’s on a 5-8 team and they were playing the Jaguars, who are kind of hopeless right now. Rivers was also celebrating a touchdown play that started with him throwing a short pass to Austin Ekeler and ended with Ekeler running 84 yards down the field. Did any of that stop him from getting excited? Absolutely not, and it shouldn’t.

The best part is that the referee and the Jags’ Yannick Ngakoue, who both got the brunt of Rivers’ screaming, were mostly annoyed that he was doing it right near their ears. Ngakoue actually said to Rivers “don’t do that by my ear” in a non-confrontational way. Rivers then responded with more of his delightfully clean trash talk: “I WILL do that by your ear! That’s what I’ll do!”

Ngakoue and the ref were laughing the whole time, and how could they not? Rivers found a way to trash talk someone who didn’t want their ear screamed into. There is nothing more Philip Rivers than that.