Nobody knows why pigeons in cowboy hats are roaming Vegas 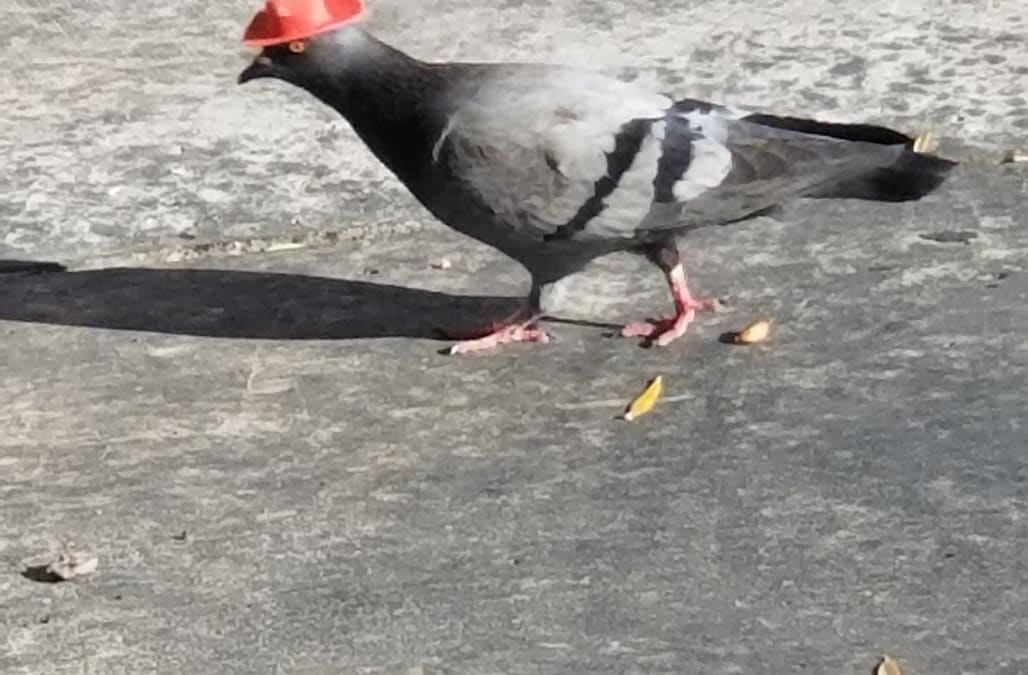 For reasons unknown, somebody is putting cowboy hats on pigeons in Las Vegas.

Over the past week, there have been multiple reports of Las Vegas birds sporting various colored cowboy headwear, raising many, many questions. Who is doing this? How? Why? Are the pigeons OK?

Pigeon rescue and advocacy group Lofty Hopes, whose slogan is, “A Pigeon Positive Movement,” is working to find some answers.

Mariah Hillman, who runs Lofty Hopes, told HuffPost that after several days of searching, on Tuesday they finally tracked down the pigeon in the red hat, which they’ve named Cluck Norris. Coo-Lamity Jane, who wears a pink hat, is still out roaming the wild west. There’s also reportedly a brown-hatted pigeon on the loose.

The birds went viral last week after a video, shot by local resident Bobby Lee, was picked up by local media.

Others also reported seeing the well-dressed birds out and about. Some social media users noted that the National Finals Rodeo happened to be in town, but the Professional Rodeo Cowboys Association had “nothing to do with the pigeons wearing cowboy hats,” ProRodeo Sports News editor Scott Kaniewski told The New York Times.

I finally found one!!! @LasVegasLocallypic.twitter.com/j2u90R2esL

Lofty Hopes operates in the Las Vegas area and works to help injured wild and domestic pigeons, as well as other birds and animals. Hillman said that although she first thought the birds’ attire was cute, she quickly developed concerns for the safety of the cowboy pigeons when she realized the hats appeared to be permanently secured.

“We could wait until they molt it off, wait until he loses his feathers when it gets warm out,” she suggested. “Oil neutralizes glue, but then you have the issue of an oily pigeon.”

After speaking with people who shot the footage, Lofty Hopes was able to locate Cluck Norris, and has set a trap in order to capture him and assess his hat situation and how best to remove it safely. Unfortunately, as people keep feeding the fashionable bird, he’s been difficult to capture as he’s “not interested in food,” Hillman said.

She said she’s been getting reports of the birds from the area between the University of Nevada, Las Vegas, and McCarran International Airport.

On capture, the birds will need to spend some time at the rescue while they work out how to de-cowboy them ― they may need to hang out at Lofty Hopes until they molt in the spring.

More from HuffPost US:
Floyd, a 190-pound dog, rescued from hike after getting too tired
Navy confirms: Those UFO videos are real and never should've been released