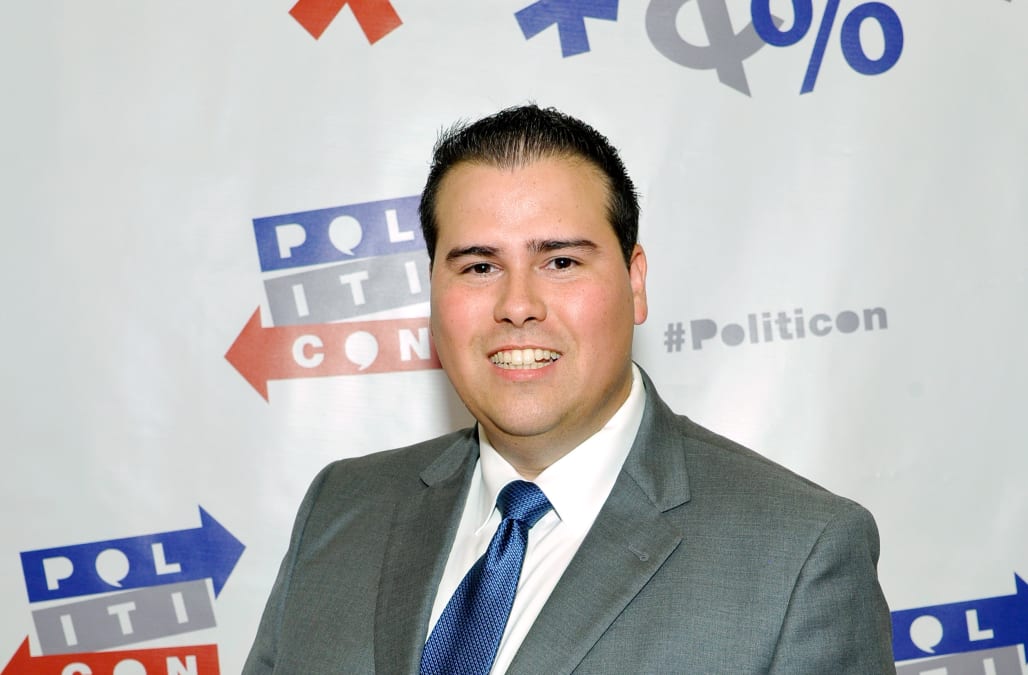 Omar Navarro, a Republican who has run several long-shot campaigns against Rep. Maxine Waters (D-Calif.) and has support from allies of President Donald Trump, was arrested early Sunday for allegedly stalking his ex-girlfriend and violating a restraining order.

San Francisco police arrested Navarro after his ex-girlfriend, DeAnna Lorraine Tesoriero, reported he had been threatening her that night, according to the Daily Beast, which was the first to report on the arrest. Navarro challenged Waters in 2016 and 2018, and he is again running in 2020.

Several othernews outlets later confirmed the arrest, which included charges of stalking, extortion and criminal threats. Police did not immediately respond to a request for comment from HuffPost.

Tesoriero, a conservative commentator who is in the GOP primary in House Speaker Nancy Pelosi’s California district, told the Daily Beast she saw Navarro wandering around near her apartment Saturday night. She then received a text message from an unknown number that read: “Bitch, I came to see you.”

“Men in this country get treated unjustly, too, you have to acknowledge that,” Navarro told the Daily Beast in response to his arrest. “Just because a woman says something doesn’t mean it’s true.”

Navarro appears to have a history of threatening and stalking women.

In August, a judge granted Tesoriero’s request for a five-year restraining order against Navarro, citing his pattern of “harassing and stalking” her, according to the San Jose Mercury News. Tesoriero said that after they broke up, Navarro had subjected her to “endless threats” through text messages and in person.

“I have not had any sleep. I’ve lost 8 pounds,” she said in court. “I wouldn’t be here if I wasn’t feeling scared.”

Navarro pleaded guilty in 2016 for placing an illegal tracking device on his estranged wife’s car. The judge sentenced him to a day in jail and 18 months probation.

In 2017, he hosted a fundraiser at one of Trump’s golf clubs in southern California.