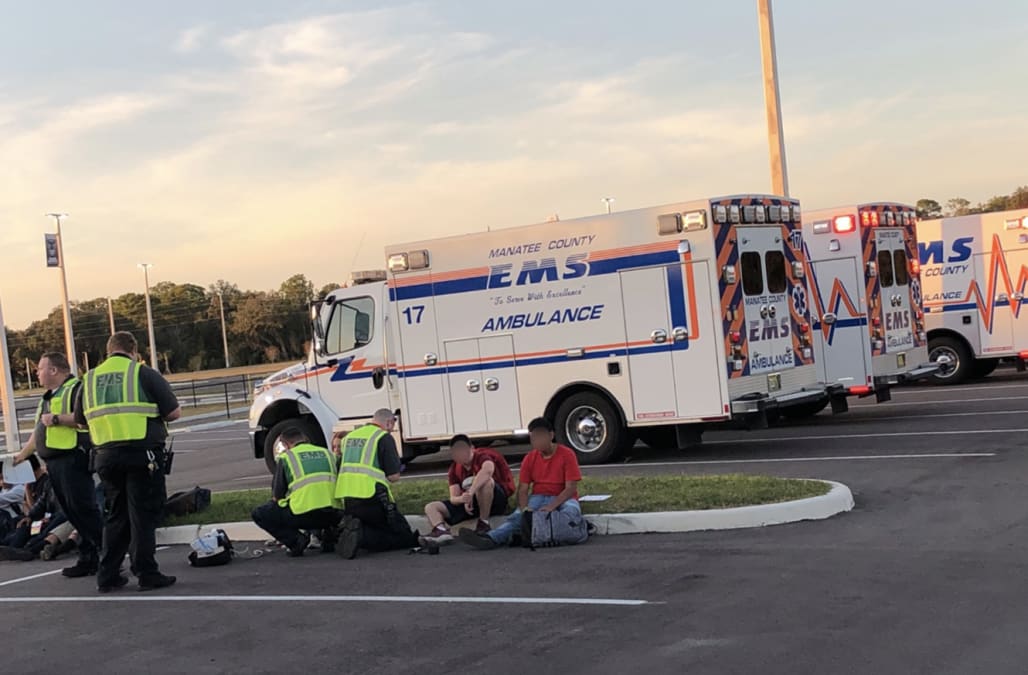 A middle school prank became much more than a harmless joke on Monday after 15 students went from riding the bus home to being treated for "respiratory irritation."

Aerosol spray spread throughout the vehicle — which was carrying 30 students at the time — ultimately leading the bus to stop, evacuate its passengers and wait for emergency responders. The Parrish Fire District responded to "hazardous materials incident," later describing the situation in detail on its Facebook page.

"Crews arrived on scene to find fifteen students with mild respiratory irritation. All students were triaged and prioritized according to their initial complaint," the department wrote.

The fire department added that a second bus was brought in to shuttle off the other children, and those who required cared were dealing with "mild respiratory irritation."

Parish Fire officials added that the incident is currently being viewed as a practical joke, and WFTS-TV confirmed that the sprayed substance was Axe body spray.

"At this time, the incident is being ruled a prank, as a deodorant / aerosol body spray was discharged on the bus. This is still an active ongoing investigation in which bus cameras will be reviewed and further interviews conducted," the Parish Fire District wrote on Facebook.

This isn't the first time that deodorant — or Axe specifically —has led to a mass evacuation. In 2016, a church and daycare center in Seattle were cleared out after a can the body scent reportedly malfunctioned. In 2013, eight students were hospitalized when a can of Axe was dispensed inside of a middle school classroom in Brooklyn.