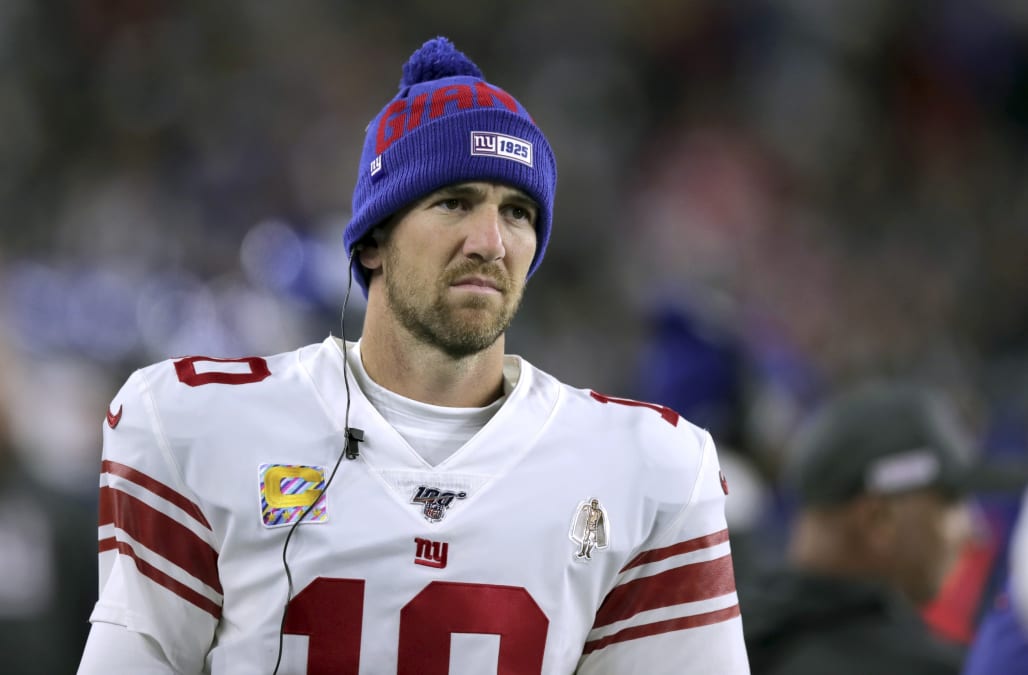 Eli Manning's wife, Abby, was in the building when the New York Giants played the Philadelphia Eagles on Monday night.

That might not sound surprising, as family members and loved ones of NFL players are often in attendance for games, and Philadelphia is a fairly short trip from the Giants' home stadium in East Rutherford, New Jersey. But Abby rarely would travel to Philadelphia for games in the past, apparently due to the behavior of Eagles fans in the crowd.

Her presence at the primetime matchup didn't go unnoticed, and her quarterback husband, who was starting for the first time since September, was asked about what brought her to break her cardinal rule.

"I hadn't played in three months," Manning told the media postgame, "and you don't know if I'm gonna play again, so I think it's pretty obvious why it was important."

Manning, who has been with the Giants since 2004, was benched after Week 2 this season in favor of Daniel Jones, who New York chose No. 6 overall in the 2019 NFL draft. Jones won his first two starts, but then the team lost eight straight, and the young signal-caller suffered an ankle injury that kept him out of practice ahead of the game against Philadelphia.

According to the New York Daily News, it's likely that Manning will also start this Sunday at home against the Miami Dolphins.