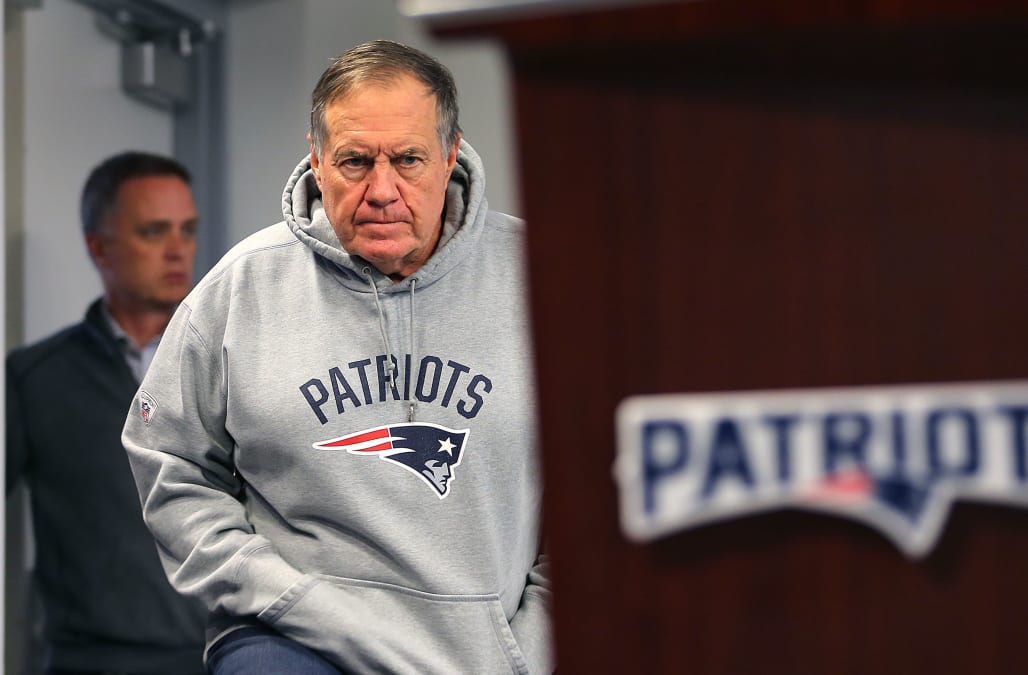 Bill Belichick is annoyed. That alone isn’t shocking, since that’s his default mood when he speaks with the press, but this time the New England Patriots head coach is annoyed that he’s getting questions about SpyGate 2.0. The NFL is continuing to investigate the Patriots video crew that filmed sideline footage of the Cincinnati Bengals last Sunday, as well as the claims that Belichick and the football operations department had no knowledge of what they were doing.

The NFL investigation is continuing at the typical NFL pace (not terribly quickly), which means that Belichick is getting a lot of questions from reporters. He very much doesn’t like it, which was evident on Wednesday when he was taking questions from the media.

Well that was certainly uncomfortable! Here’s a transcript of the exchange, via NBC Sports Boston:

Reporter: "Does the team have a scout in the press box, and was he aware of the rules that prevent filming of another team's sideline?"

Belichick: "I just answered the question. That's it. We had no involvement in it. Zero."

Reporter: "Have you heard from the league at all regarding the investigation?

Belichick: "Do not have anything to add."

Belichick: "Do not have anything to add."

Yup, it’s just as uncomfortable in writing as it is in audio.

Belichick’s attitude is nothing new — he’s been the NFL’s crankiest coach for years now — but he seems especially miffed about having to answer questions about SpyGate 2.0. He was reportedly “furious” when he was told about the film crew’s alleged mistake.

There’s no indication when the NFL’s investigation will come to a close, which means Belichick can expect more questions about this — and can expect more incredibly uncomfortable Patriots news conferences.