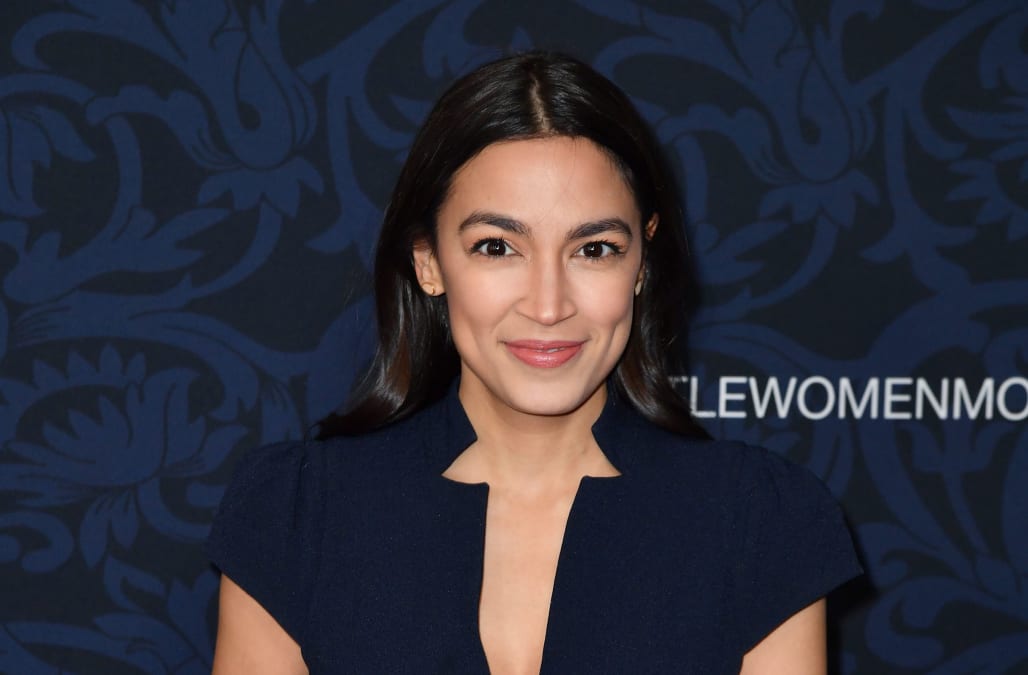 “Puppies aren’t separated from their moms until ~8 weeks. Less than that is thought of as harmful or abusive.” Rep. Ocasio-Cortez tweeted on Tuesday. “One of the most common lengths of US paid family leave is ~6 weeks.”

“So yes,” the tweet continued, “when we ‘let the market decide’ on parental leave, ‘the market’ treats people worse than dogs.”

Puppies aren’t separated from their moms until ~8 weeks. Less than that is thought of as harmful or abusive.

One of the most common lengths of US paid family leave is ~6 weeks.

So yes, when we “let the market decide”on parental leave, “the market” treats people worse than dogs. https://t.co/Pc14ypHHJF

‘This has been a very important dynamic’

Ocasio-Cortez spoke about the subject earlier in the day during the House Oversight and Reform Committee hearing on paid family and medical leave.

“I have to disclose that I have a stake in this fight,” she said. “When I was first starting my office here, I decided to offer 12 weeks of paid family leave. And in my first 11 or 12 months in office there have been six pregnancies in my congressional office. And six folks have taken pregnancy or medical leave — 5 of them men in my office, new fathers or folks that are taking medical leave — taking care of their families.”

She added that “this has been a very important dynamic. Many of the men in our office have testified how after the birth of their children or in supporting their partners how critical it has been to be there for, in each of these cases, the women in their lives.”

Vicki Shabo, a senior fellow at New America, a think tank focusing on public policy issues, told the hearing that six-to-eight weeks is the most common length of paid family leave. She also agreed with Ocasio-Cortez’s points.

“The sentiments that your staffers have articulated actually came up really poignantly last week on a panel that I moderated at New America on the release of our men and care report, men in paid leave specifically,” Shabo said. “There were three dads who talked about the cultural expectations that dads wouldn’t take leave. They were able to negotiate, to cobble together, one of them had a wife that had a horrible labor and a baby that was in the NICU and he was back to work within a week.”

She later added that “policy is a precondition. We have to design policies that have wage replacement that’s high enough so that men can afford to take leave. We also need a culture and sort of a discussion and men standing up to say: ‘Leave taking is important to me, and here’s the way that it allowed me to not only bond with my child, but also support my partner.’”

‘I believe we should have 6-12 months of paid leave’

“Do we know how long puppies are allowed to stay with their mothers after a dog has given birth?” Ocasio-Cortez said during the hearing, foreshadowing her tweet. “Eight weeks. So the market has decided that women and people who give birth deserve less time with their children than a dog. And I think that, that at its core has shown that the market has failed to treat people with dignity and with basic respect. And so, when that happens I think it’s our job as the public to redefine the rules of society and to treat people who give birth with the dignity that they deserve.”

Rachel Greszler, a labor expert at the Heritage Foundation, a conservative think tank, did not take kindly to Ocasio-Cortez’s analogy.

“As a woman who has given birth to six children, I find being compared to a dog with puppies incredibly offensive,” Greszler said after the hearing, later adding: “And in regards to more serious discussions of how we can help families that don’t have access to paid family leave, AOC presented misleading data, failed to recognize basic economic principles, as well as ignored the evidence of government paid family leave programs across the world.”

Rep. Ocasio-Cortez advocated for a minimum of three months paid family leave in the U.S. in a follow-up tweet, adding: “Ideally, I believe we should have 6-12 months of paid leave — just as many other industrial nations do.”