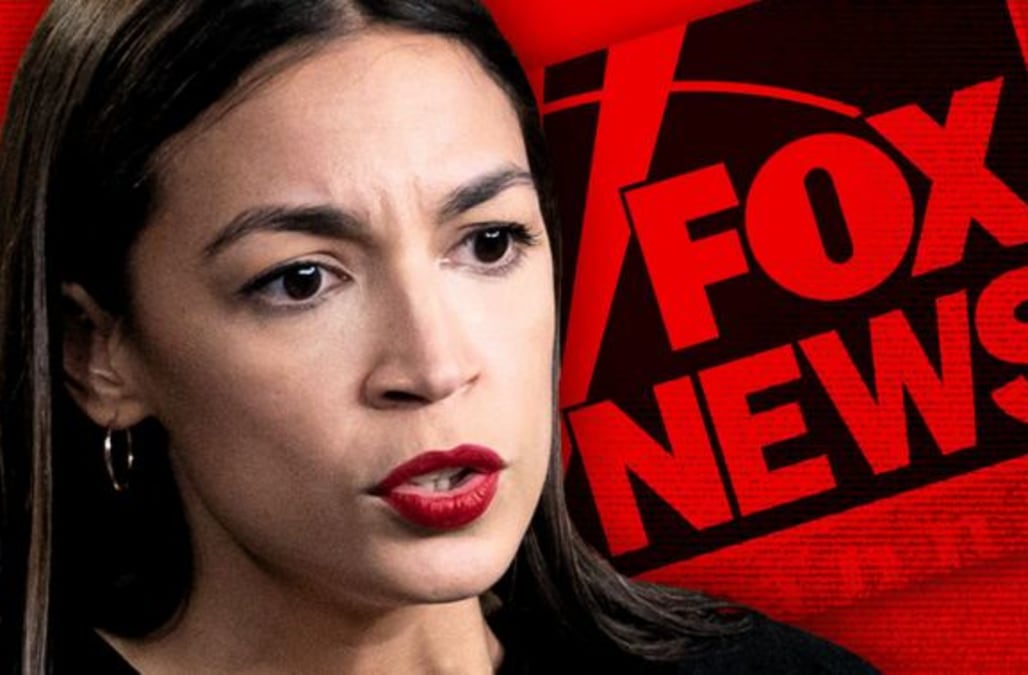 Rep. Alexandria Ocasio-Cortez, D-N.Y., lashed out at Fox News hours after host Tucker Carlson and a guest had criticized her climate policy proposals, while suggesting her district is “dirty” due to its immigrant population.

“I go back and forth on whether to go on Fox News. The main reason I haven’t is squaring the fact that the ad revenue from it bankrolls a white supremacist sympathizer to broadcast an hourlong production of unmitigated racism, without any accountability whatsoever,” Ocasio-Cortez responded on Twitter Wednesday.

On  Tuesday, Carlson and his guest Seth Barron, an editor at the City Journal, a conservative urban policy magazine, took aim at Ocasio-Cortez while playing a video of trash littering the streets of her New York district.

“We’re connoisseurs of irony on this show, but if you claim to care about the environment, you’d think that the little piece of America that you’re responsible for, that you represent in the Congress, would be clean, but hers isn’t. Why?” Carlson asked Barron.

“Well, part of the reason is because her district is actually one of the least American districts in the country,” Barron responded. “And by that, I don’t mean that it’s not part of America, but it’s occupied by relatively few American citizens. A very high percentage of her district is, in fact, illegal aliens.”

These undocumented immigrants, Barron went on to say, inhabit “illegal spaces” of squalor such as crowded “basements.”

“So they wind up producing a lot of garbage that the landlords don’t want thrown out normally,” he said. “So hence, you wind up with a lot of garbage on the streets. You have illegal food vendors pouring their pig grease into the gutters. I mean, I worked out there, it can be a little gross.”

While almost half the residents in New York’s 14th Congressional District are foreign-born, according to Census Reporter, Barron provided no evidence to support his claim that the majority of its population is in the country illegally. Moreover, data from 2005 showed that undocumented immigrants made up only 6.8 percent of the district’s population.

“‘Immigrants are dirty’ is a lazy, tired, racist trope,” Ocasio-Cortez said in response to the segment. “Secondly, environmental injustice is a major motivation as to why we introduced and wrote the Green New Deal the way we did in the first place.”

I go back and forth on whether to go on Fox News.

The main reason I haven’t is squaring the fact that the ad revenue from it bankrolls a white supremacist sympathizer to broadcast an hour-long production of unmitigated racism, without any accountability whatsoever. https://t.co/Yn1XZ912f7

Carlson received backlash earlier in the week for statements made while discussing Bernie Sanders’s immigration proposal, which includes a program to accept at least 50,000 migrants displaced by climate change.

“If you cared about the environment, which I personally do, emphatically care ― I actually go outside once in a while, unlike most people on the left ― why would you want a crowded country?” Carlson said on his show Monday night. “Isn’t crowding your country the fastest way to despoil it, to pollute it, to make it, you know, a place you wouldn’t want to live?”

While Ocasio-Cortez said she debates appearing on Fox News, Michael Blake, Democratic National Committee vice chairman and New York assemblyman, did so last month, derailing a segment to blast Carlson and the network.

When discussing presidential nominees, Blake asked Fox News anchor Bill Hemmer, “Why the hell does Tucker Carlson still have a job here in the first place?”

Hemmer replied that he didn’t bring Blake on “to bash our network,” adding that Carlson’s employment status was “not relevant to the conversation we’re having.”

Sanders, whom Ocasio-Cortez has endorsed for president, drew criticism from some Democrats for holding a town hall on Fox News in April.