This 17-year-old's nonprofit is spreading holiday cheer throughout Philadelphia 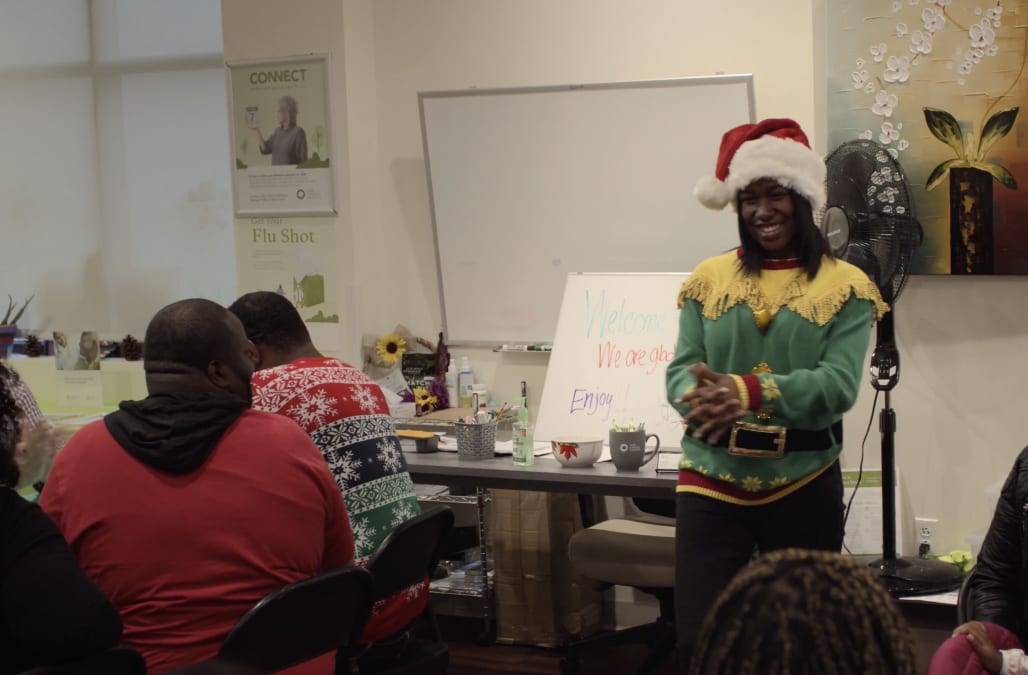 Akalya Brown’s favorite time of year is Christmas — not because of the gifts or holiday movies but because the 17-year-old and her family come together and spread joy throughout Philadelphia.

Brown started the nonprofit Dimplez 4 Dayz with her mom in 2015 because Brown wanted to provide programs and activities for the people in her community. Brown has planned and hosted dozens of events, including book bag giveaways, black history programs and birthday parties in homeless shelters. According to her website, the driving force behind founding Dimplez 4 Dayz was the idea that with access to the right resources, people can become empowered.

So when it came to Brown’s favorite time of the year, she knew she wanted to give everyone she could a positive holiday experience.

“Some people don’t even know what their Christmas experience is all about,” Brown told In The Know. “So for me to be able to give that to them — I just think that’s great.”

For the holidays, Brown plans a toy drive where people can donate new toys that will be gifted to kids within the community. Brown’s mom and sister say she has always been interested in helping other people, but it’s the outpouring of other people who hear about the drive and donate toys that really adds to the feel-good atmosphere of the event.

“Not everybody has the same things I have or me and my sisters have, but for them — and people in our community, not just us as Dimplez 4 Dayz — but just people coming in to donate toys to us, it’s just really nice,” Brown’s sister Maria said.

After collecting the toys, Dimplez 4 Dayz will deliver it to the families who need it.

“Akayla has a lot of stuff going on with her, positive stuff,” said Mrs. Brockington, one of the recipients of the toy drive. “To be so young, you know, I’m hoping that everybody sees this and realizes, ‘I can do this too.'”

“One of the goals for Dimplez 4 Dayz is to always keep smiles in the hearts and minds of family,” Brown’s stepdad, Malik, added. “And people in the community saw this is an opportunity to do that again.”

Brown said the feeling of being able to bring her love for Christmas to the rest of her community is amazing. She and her mom say that starting and running a nonprofit is a lot of hard work — especially for a high school student — but it’s rewarding.

Watch the full episode of In The Know: Holiday Heroes above to learn more about the work Akalya Brown does throughout her community for the holiday season.