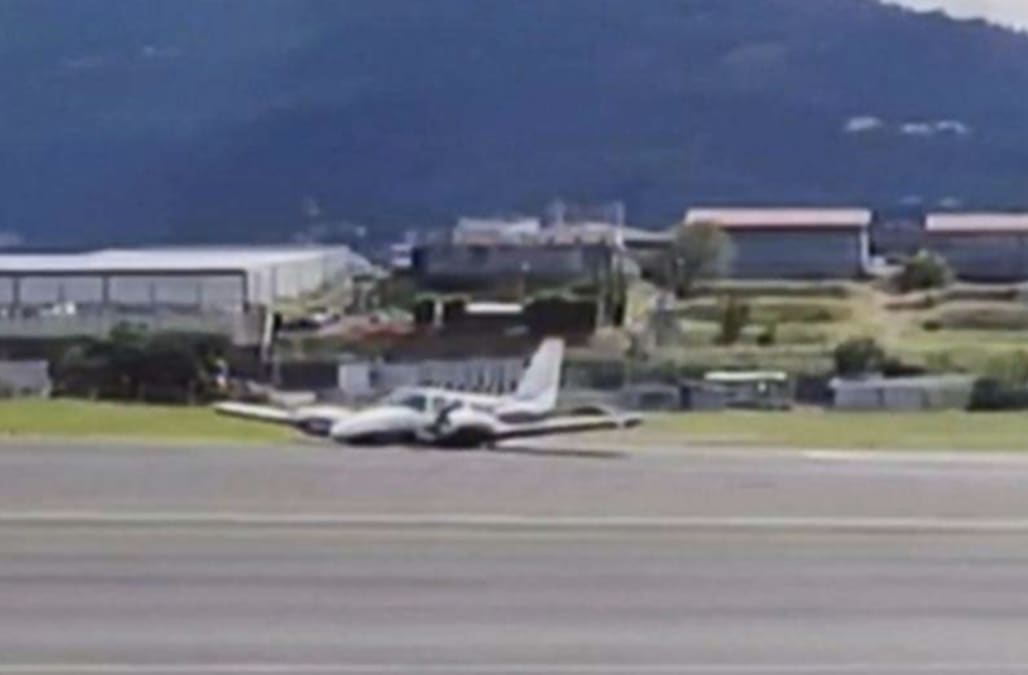 A small aircraft skidded to a stop on the runway at Pavas Airport in Costa Rica on Monday. ABC News covered the video of the terrifying scene on Tuesday.

The plane was forced to make an emergency landing after the plane's landing gear malfunctioned. As seen in the footage, the wheels burst when the plane hit the ground, forcing the plane to skid and spin along the tarmac before it stopped. The crew and tourists — all American — on board survived the incident and were able to get out of the plane.

According to BBC, one of the pilots said all the passengers stayed extremely calm during the ordeal.