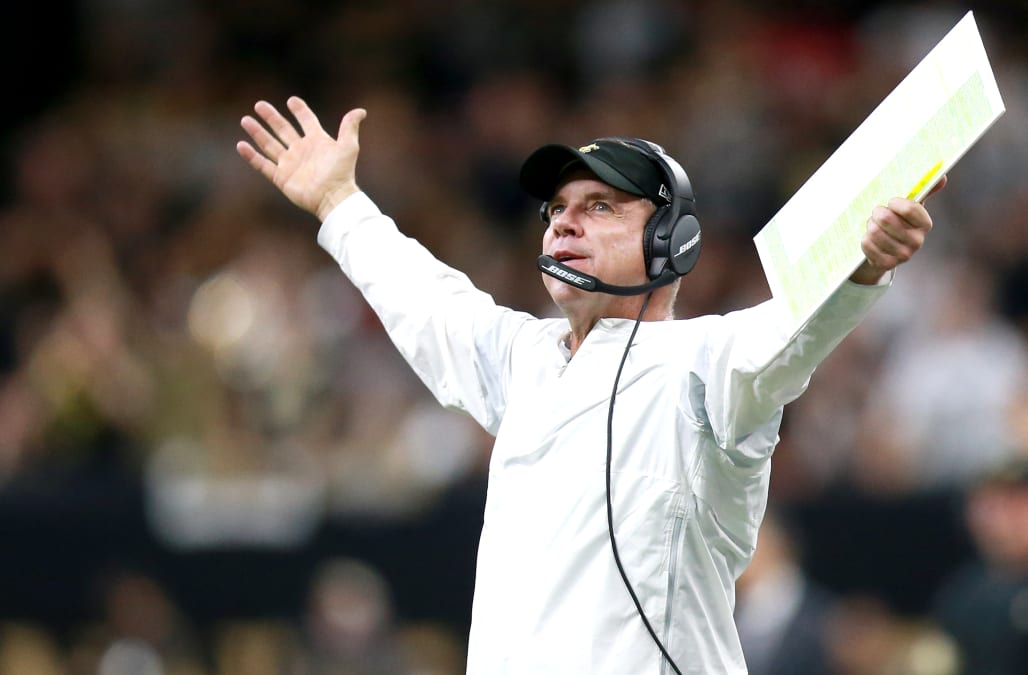 New Orleans Saints coach Sean Payton is having a tough time getting over his team’s 48-46 loss to the San Francisco 49ers in Week 14. Things have gotten so bad that Payton apparently took out his anger on a local butcher who dared to question the Saints’ strategy during the game, according to Katherine Terrell of The Athletic.

The exchange took place after the butcher asked Payton about a crucial two-point conversion. Payton responded by telling the butcher to worry about his own business, but in more colorful language.

“I’ve got the guy at Rouses, or at freaking Whole Foods, asking me about the freaking two-point play. I looked at him, the guy from the meat section. I said. ‘Hey, your steaks don’t look too good right now, worry about your freaking meat.’ Driving me crazy.”

Payton was more aggressive than usual during the contest. He went for an early two-point conversion in the first quarter after a 49ers penalty put the Saints on the 1-yard line, and he tried again in the fourth quarter to extend the Saints’ lead to 3 points. Both attempts failed, and the second one greatly impacted the outcome of the game.

Following the missed two-point try, the 49ers drove down the field and kicked the game-winning field goal as time expired. If the Saints had converted on the play, that 49ers field goal would have tied things up and sent the game into overtime.

The Saints’ loss could have huge playoff implications. With a win, the team could have been in line for the No. 1 seed in the NFC. Instead, the Saints hold the No. 3 seed. In order to move up a spot, New Orleans would need help from the Green Bay Packers. And while the No. 1 seed is still possible for the Saints, a lot would have to go right for that to become a reality.

Payton has plenty of reasons to still be upset considering what was at stake, but there’s a chance for him to get revenge on the 49ers before the season is over. The two teams could easily meet again in the playoffs, and you can bet Payton will have some new two-point conversion play calls ready for the rematch.

More from Yahoo Sports:
Patriots video reportedly focused on Bengals sideline for 8 minutes
Former Packers coach Mike McCarthy is planning a return to the NFL in 2020
Even with Patriots' admission to 'inappropriately' filming Bengals game, NFL needs to release tape