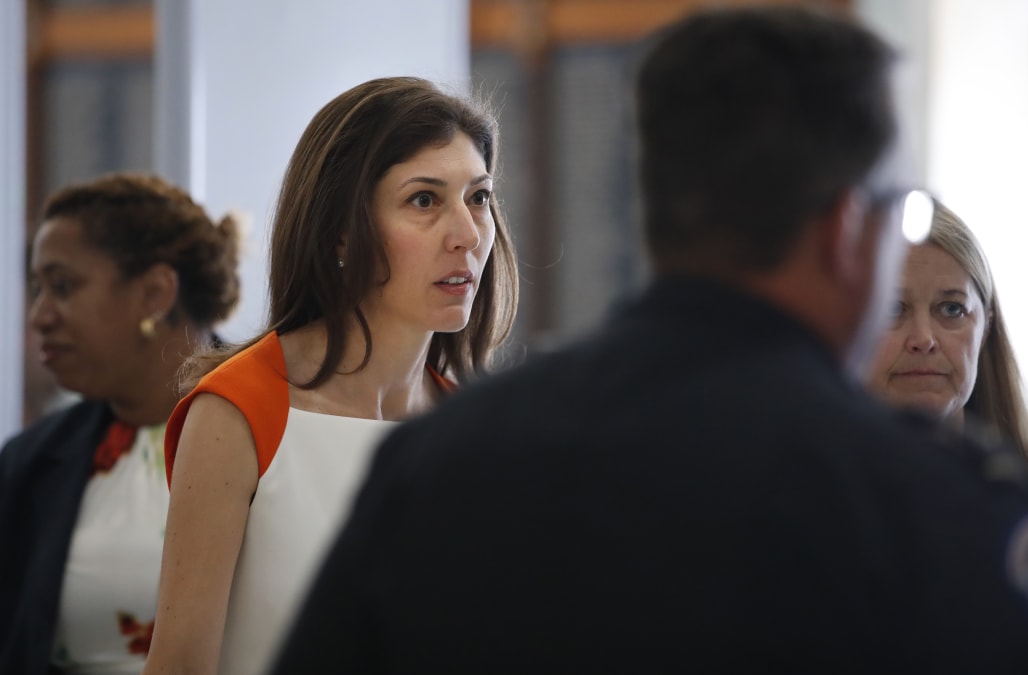 WASHINGTON -- Former FBI attorney Lisa Page, who came under fire from President Donald Trump and other Republicans for sending text messages that disparaged Trump during the 2016 presidential campaign, on Tuesday sued her former employer over what she called "unlawful disclosure of information about her to the media."

Page, in a lawsuit filed against the FBI and the Department of Justice in federal court in Washington, D.C., alleges violations of a 1974 law known as the Privacy Act.

Page alleged that her rights were violated in December 2017 when government officials invited journalists to view politically charged text message conversations with FBI agent Peter Strzok. Strzok and Page, who were having an affair, were both working on the FBI’s investigation into Russian interference in the 2016 presidential election.

DOJ and FBI representatives did not immediately respond to requests for comment on the lawsuit.

Page said on Twitter that she takes "little joy" in filing the lawsuit, " ut what they did in leaking my messages to the press was not only wrong, it was illegal."

Strzok in August filed his own lawsuit against the FBI, alleging that his termination was a "retaliatory response" to speech protected by the First Amendment of the Constitution.

Strzok and Page became a focal point of efforts by Republican Party leaders to undermine the credibility of the Russia investigation, which was eventually taken over by former Special Counsel Robert Mueller.

A 500-page report released in June by the Justice Department’s internal watchdog was highly critical of Strzok and Page, finding their texts cast a cloud over the FBI and created the appearance of bias.

But the internal watchdog said on Monday said it found no evidence of political bias by the FBI when it opened its investigation into contacts between Trump’s presidential campaign and Russia in 2016.