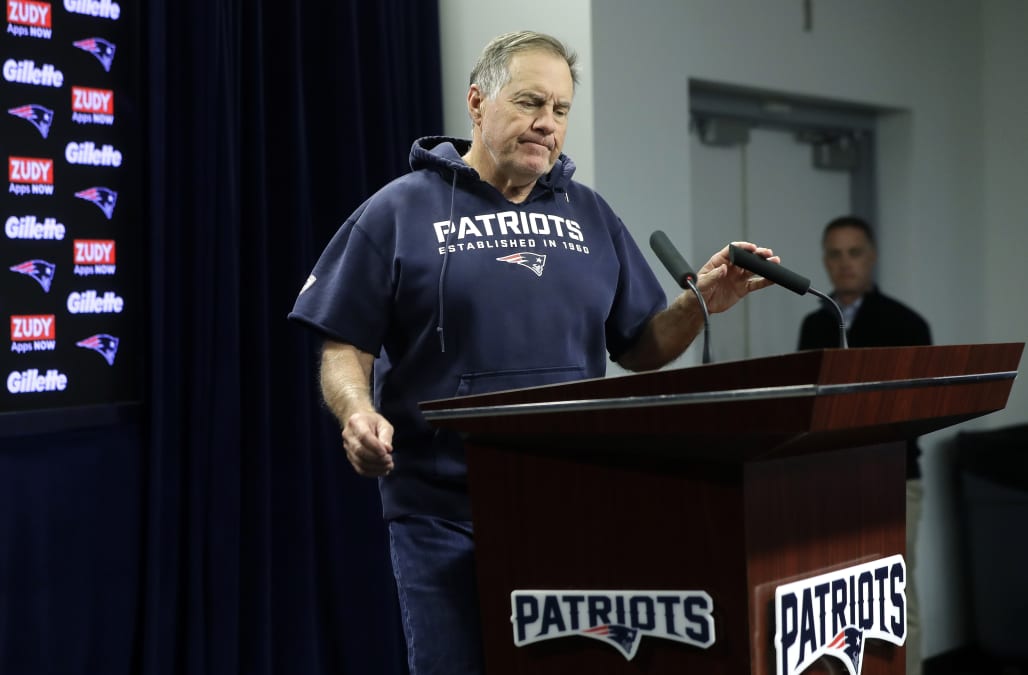 If you already think Bill Belichick and the New England Patriots will cheat, lie and seek any advantage to win football games, then you probably think they sent a camera crew to spy on Cincinnati in preparation of their game against the Bengals this Sunday.

SpyGate. Deflate-gate. Orchids of Asia. Whatever. There isn’t much that can be done to change that opinion.

If you already think Belichick and the Pats were unfairly maligned by the NFL in an overblown 2007 SpyGate scandal and an inaccurate 2015 deflate-gate debacle, then you probably think this was all an innocent mistake and any discussion of it is the media and the league office piling on.

Kiss the rings. Defend the wall. They hate us ’cause they ain’t us.

This is 2019. There isn’t a lot of middle ground anywhere, the NFL included.

On Monday night, the Patriots acknowledged that on Sunday in Cleveland, a production crew hired by the team was there to film an episode of “Do Your Job,” which runs on in-house media channels. This week's episode was focussed on the work of an advance scout, who was in Cleveland to watch the visiting Bengals play.

In the process of shooting the show, the crew “inappropriately filmed the field from the press box.” That's against NFL rules.

This confirmed the Bengals’ concerns that such filming had occurred. Cincinnati reportedly believed the Patriots were spying on them.

New England, in a statement, went to great lengths to separate Belichick, who has led them to six Super Bowl titles, from the film crew, which is “independent of our football operation.” It stated that the crew (“which included independent contractors”) didn’t know the rules and was just getting b-roll video for the in-house production.

“The sole purpose of the filming was to provide an illustration of an advance scout at work on the road,” the statement said. “There was no intention of using the footage for any other purpose.”

The Patriots’ story seems weird but reasonable. Due to past scandals, regardless of their truth or severity, they lack credibility with fans at large. Of course this would happen with New England.

The NFL is investigating, but the league has a decided lack of credibility when it comes to investigating New England or pretty much any team or even player. The one thing the league should do is release the footage captured on the Patriots’ cameras. It was confiscated by Bengals security after the first quarter. The team then made a copy and sent it to New York.

The tape can help expose the truth because there remain plenty of questions.

Even the biggest Patriots hater has to acknowledge this entire thing makes little tactical sense. Why would the Patriots and Belichick risk another significant blow to their reputation to gain sideline footage of the 1-12 Bengals?

In the original SpyGate, the team lost a first-round pick and was fined $250,000. Belichick got clipped for $500,000 and took a hit to his reputation. He still bristles at it, believing the league office made a mountain out of a molehill. It’s a source of frustration.

Why risk that again, especially when there is so little to gain? NFL coaches only occasionally use hand signals these days. Formations and calls are generally conveyed to players via radio speakers in their helmets. What exactly would New England gain from the footage?

Then there is this: if they were going to take the risk of cheating like this, would they really send a video crew to film it from the press box, with lots of officials from the NFL, Cleveland and Cincinnati, not to mention scouts from other teams? They’d be easy to catch, which is why they were.

And would they really use someone from the in-house production team – and some contractors, whose loyalty wouldn’t be known? It would seem easier to pull off to just have someone buy a ticket and film on an iPhone11 from the stands.

You can doubt Belichick’s sense of fair play if you want, but no one can question his intelligence. This was just dumb, if not pointless.

That said, it’s clear the Bengals felt wronged and wanted to push this investigation. It was Bengals security that reportedly seized the footage. Presumably the team has watched it and didn’t think it was so innocent.

This is why the tape would help … either to poke holes in the Patriots’ story or help exonerate Belichick and the franchise to whomever on either side is willing to be persuaded.

Was this the film crew getting two minutes of b-roll? Or a half hour, which certainly isn’t necessary. Was the camera focused on just the field in general, or zeroed in on the Bengals’ sideline, which sits below the press box in Cleveland and thus would require an unusual angle?

Because of the past scandals and New England’s success over the past two decades, these allegations are of considerable interest. If it was another team, it would be a blip. That’s just reality.

New England has won and is battle scarred from its history. The public is skeptical. The NFL’s erratic and often overly aggressive investigations have done extensive damage.

So now here is this, an oddball claim by the Bengals that goes to an old public suspicion. It may all be innocent. It may not.

The Patriots have had their say.

When it releases its conclusion, the NFL should let the tape tell us what it knows as well.