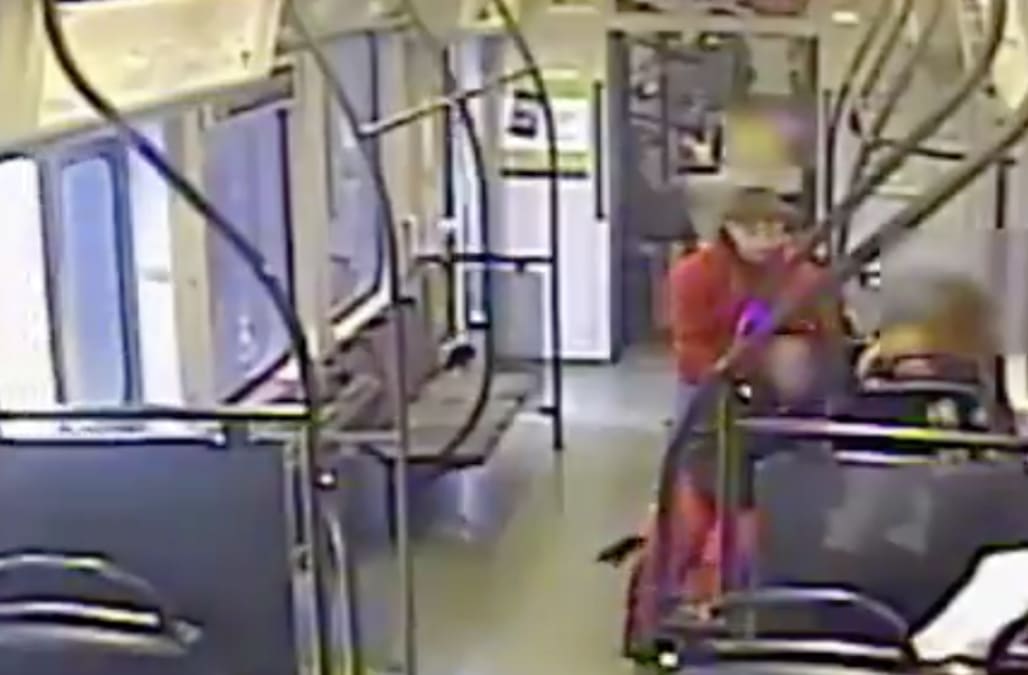 A 26-year-old man was arrested in Phoenix after he allegedly tried to steal a woman's wheelchair the day after Thanksgiving, the Phoenix Police Department announced on Facebook.

Austin Shurbutt was apprehended last Saturday, weeks after he was purportedly caught on camera forcing the female passenger off her wheelchair and shuttling it out of a light rail car, all while he was wearing reindeer slippers and a red hoodie.

"The 26-year-old has two outstanding warrants and now faces 5 new charges including robbery, kidnapping and assault for dumping a woman out of her wheelchair on the light rail and taking the chair," the department wrote on its Facebook page. "Good Samaritans came to the rescue and got the wheelchair back from Shurbutt."

Surveillance footage shared on the department's Twitter page shows multiple bystanders chasing after the suspect, presumably Shurbutt, before he runs away from the scene and directly toward the security camera. Authorities said that Shurbutt was still wearing slippers at the time of his arrest.

The one bright spot: Our holiday crook didn’t get away with the wheelchair. Heroes on the train came to the rescue, getting the chair back within seconds. Let’s catch him! Tips to https://t.co/hF4eXJ45F8. pic.twitter.com/EzR92qIGUP

"How can someone be so disturbed to do such a cruel act?" one person asked. "Maybe his jail mates can give him a reason to need a wheel chair. Karma is real!"

According to CNN, Shurbutt is being represented by the Maricopa Public Defender's Office but he has not been assigned an attorney. He is scheduled to be arraigned on Dec. 16.