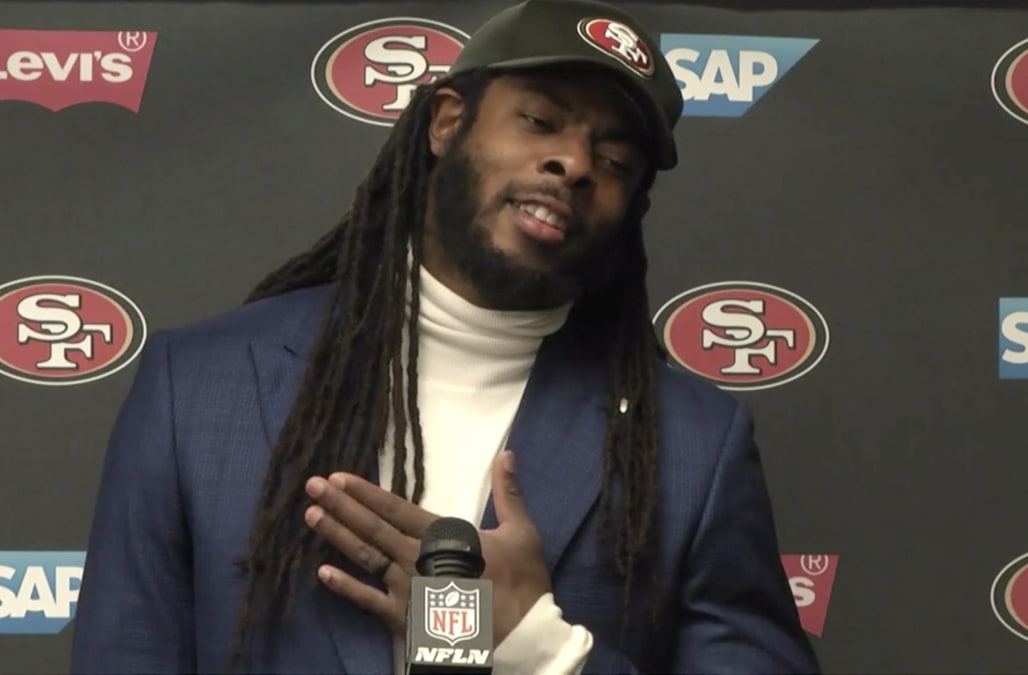 Richard Sherman had us in the first half of this reference, we're not gonna lie.

The San Francisco 49ers cornerback channeled a viral meme in his postgame press conference after his team's clutch 48-46 victory over the New Orleans Saints on Sunday — and even though he may have fumbled the ending a bit, his point still came across.

San Francisco managed to come back from behind multiple times during the matchup between the two NFC powerhouses. At one point early in the second quarter, New Orleans was up 20-7 over the 49ers, but by the time the half ended, San Francisco was winning 28-27 and never again trailed by more than two points en route to the win.

"It's like that one meme where the kid's getting interviewed after the game," Sherman said. "He's like, 'First half, they got us, but the second half ... they got us, too.'"

"They had us in the first half, I'm not gonna lie," the running back said during his impassioned speech. The quote has since gone viral across social media, and the original video of Hester's interview has racked up nearly 11 million views on YouTube.

After channeling Hester, Sherman went on to praise his team's offense, particularly its quarterback and star tight end, both of whom combined for the play of the game.

The 49ers now boast an 11-2 record and sit just ahead of the 10-3 Seattle Seahawks for first place in the NFC West.