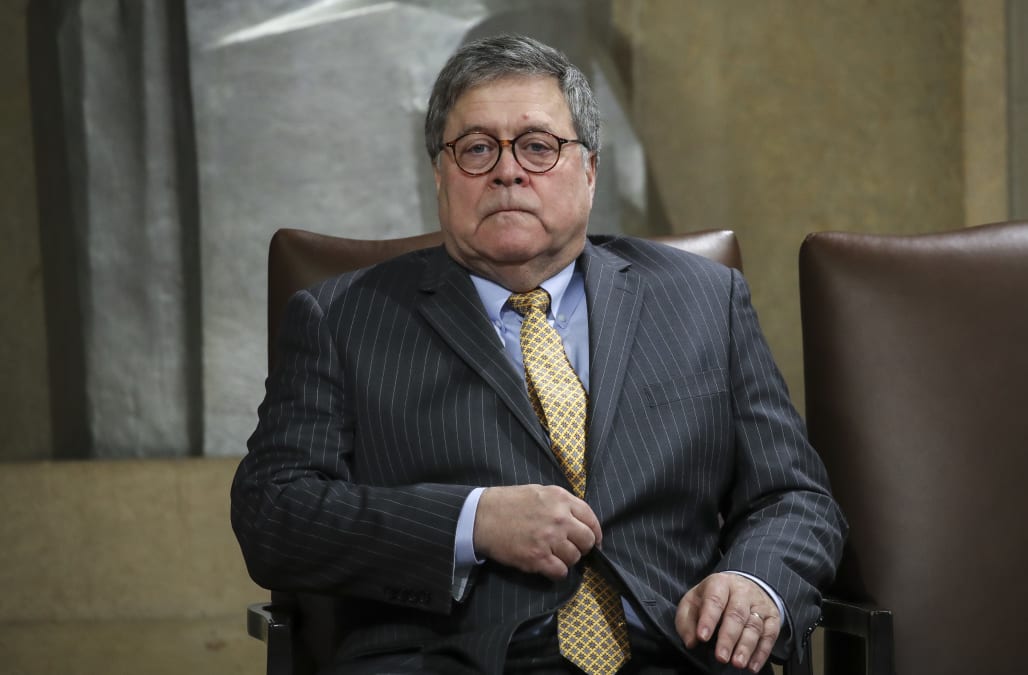 Attorney General William Barr became so concerned about Rudy Giuliani's actions that he warned President Donald Trump that his personal attorney was becoming a liability, three people familiar with the conversations told The Washington Post.

Giuliani's role in seeking investigations from Ukraine that Democrats say were part of a plot to aid Trump's bid for reelection in 2020 has become one of the chief focuses of the House impeachment inquiry.

The claims Giuliani was probing — that Ukraine meddled in the 2016 election and pinned the blame on Russia, and that Joe Biden corruptly sought to quash an investigation into an energy firm where his son worked — have been roundly discredited.

But Giuliani's actions reportedly attracted the concern of Barr, who sources told the Post "counseled Trump in general terms that Giuliani has become a liability and a problem for the administration."

According to the sources, Barr told Trump that he believed his personal attorney was not serving him well — but the president resisted the advice because he admires Giuliani's combative defenses of him in media appearances. Giuliani's attorney, Robert Costello, did not immediately respond to a request for comment from Business Insider on the report.

The probe was launched after two Soviet-born businessmen and Giuliani associates, Lev Parnas and Igor Fruman, were arrested in on charges of illegally channeling foreign money into Republican campaigns. Both men deny the charges.

Giuliani has denied any wrongdoing. He claims that in seeking the investigations in Ukraine he was simply acting in his role as President Trump's attorney.

As the impeachment inquiry intensifies some Republicans have sought to portray Giuliani as a rogue actor in Ukraine, acting without the president's approval as he sought to pressure Ukraine to announce the investigations. Giuliani has told media outlets that he has "insurance" should the president choose to abandon him, subsequently claiming he was joking.

Trump has so far stood by his attorney, ignoring the advice of top officials such as Barr, describing him as a "great crime fighter" in recent remarks to reporters.