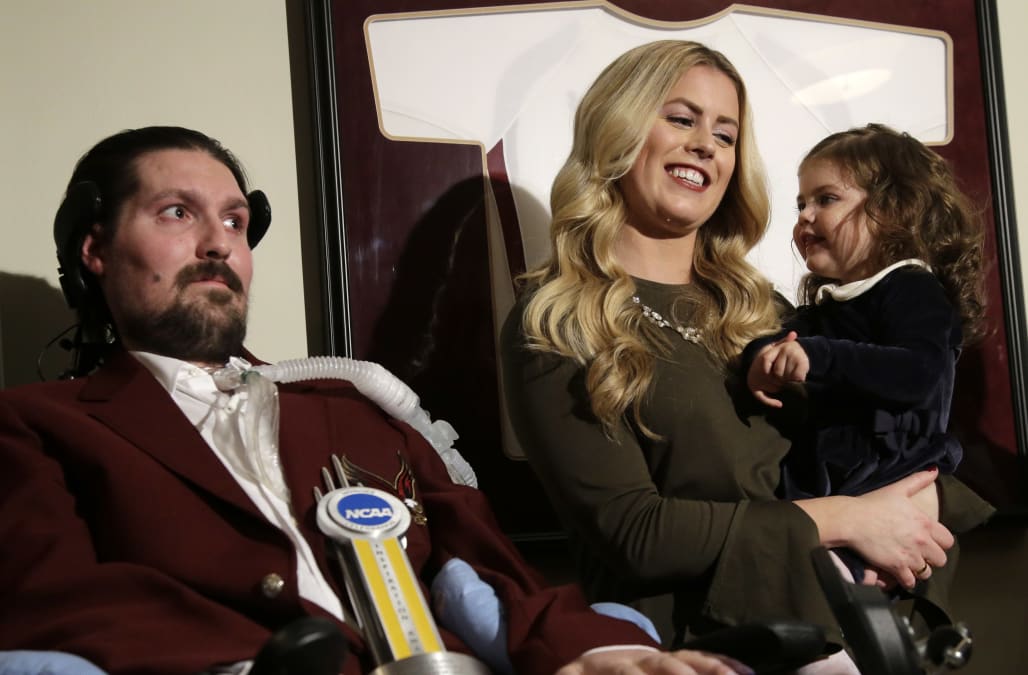 Pete Frates, the former Boston College baseball star who aided in the fundraising of more than $220 million for ALS research through the viral Ice Bucket Challenge, has died at age 34 after a nearly eight-year-long battle with the disease.

Frates' death was confirmed by his family in a statement shared by his alma mater, Boston College, on Monday.

The Frates family announces with great sadness the loss of Pete Frates ’07, who has passed away after his courageous and public battle with ALS. Read the Frates Family statement: https://t.co/5nVJLeGjLCpic.twitter.com/PL4hT9yquI

Frates, a 2007 BC graduate from Beverly, Mass., was diagnosed with ALS in March of 2012 when he was 27 years old. Two years later, he became an integral part of the Ice Bucket Challenge that quickly took the internet by storm. The challenge involved people dousing themselves with buckets of ice water in order to raise funds and awareness for ALS, which currently has no known cure.

Many across the nation who were touched by Frates took to social media to post tributes upon the announcement of his death. A particularly strong outpouring of support came from the Boston area, specifically in the sports world, with the Boston Celtics, Tom Brady's TB12 Sports, the NCAA and Boston Red Sox legend David Ortiz among those sharing kind words and condolences on Twitter.

19 PHOTOS
Reactions to the death of Pete Frates
See Gallery

Additionally, the Boston Red Sox released a lengthy statement, calling Frates, who was an honorary player for the team, "an icon and member of our family."

The #redsox statement on the passing of Pete Frates: pic.twitter.com/zZHfBTw84m

Frates is survived by his wife Julie, daughter Lucy, parents John and Nancy and siblings Andrew and Jennifer.