Hello, Baltimore: Patriots have little chance for AFC's No. 1 seed after loss to Chiefs 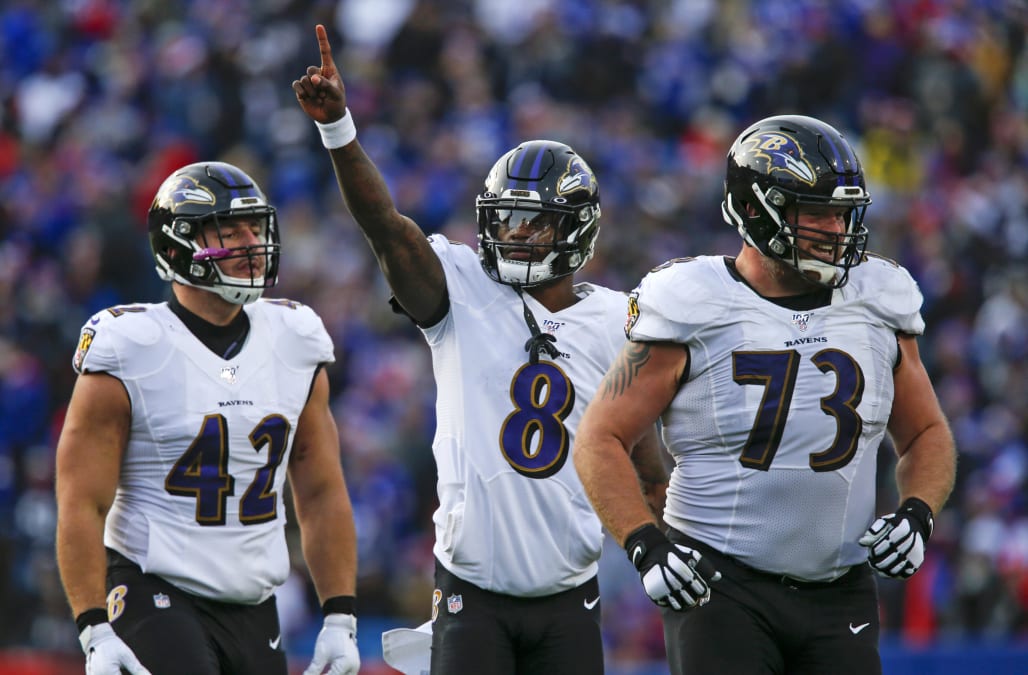 It’s not like the New England Patriots can’t go to the Super Bowl as a No. 2 seed. They did it just last season.

But the road to the Super Bowl in the AFC is very likely to go through Baltimore. The Patriots’ second straight loss, a rare 23-16 home defeat to the Kansas City Chiefs, puts the Ravens in a position in which they need to go only 2-1 to clinch the top seed in the conference. The 11-2 Ravens beat the 10-3 Patriots earlier this season.

The 9-4 Chiefs, meanwhile, lead the 8-5 Houston Texans by a game for the No. 3 seed, and that matters too. The Chiefs would much rather face whoever wins the rock fight to be the No. 6 seed than the Buffalo Bills, who are very likely to be the fifth seed.

And after Sunday, the Chiefs getting a top-two seed and a first-round bye isn’t out of the question. They have a head-to-head win over the Patriots, after all.

The Patriots struggled most of the game on offense, but were still in the game at the end. James White had a long pass to Jakobi Meyers on a trick play. Tom Brady ran — yes, ran — for a crucial first down. But on fourth-and-3 deep in Chiefs territory in the final minutes, a pass to Julian Edelman in the end zone was broken up by cornerback Bashaud Breeland on a great play.

The Chiefs haven’t had the type of season they wanted to follow up their AFC West championship and No. 1 seed from last season. But the defense played well and quarterback Patrick Mahomes made a few plays. They’re still a dangerous team and showed Sunday they can go on the road and beat quality teams.

The Patriots are in a late-season funk, and it probably means their best-case scenario is going on the road for the AFC championship game against Baltimore.

Ravens are in great shape

The Ravens were in the clubhouse early Sunday with their 11th win of the season. They had a tricky game at Buffalo, which was coming off an impressive win at the Dallas Cowboys, but played well and got a late fourth-down stop to hold onto a 24-17 win.

That was by far the Ravens’ toughest remaining challenge. Their final three games are home vs. the Jets; at Cleveland; at home vs. Pittsburgh. It would be a shock if the Ravens can’t go at least 2-1 against that schedule.

The Patriots will need the Ravens to lose twice. That seems unlikely. After Sunday, the bigger issue might be New England holding onto the bye because Kansas City has a shot at it now.